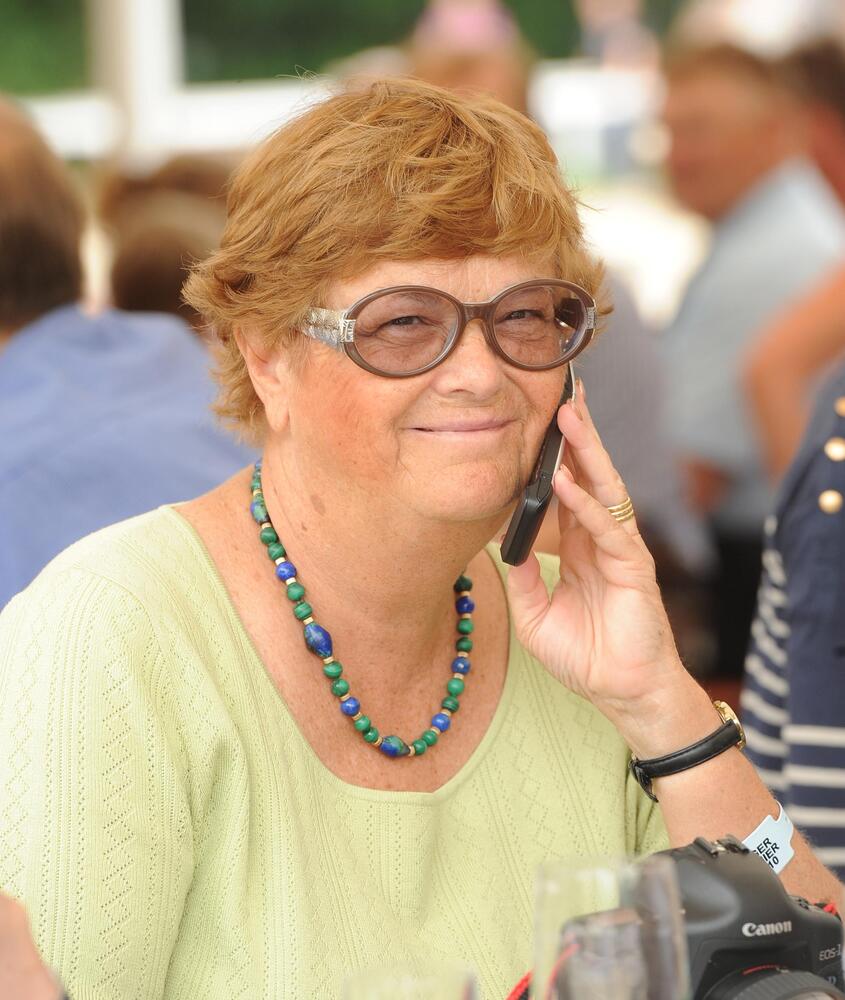 She has also been a successful breeder, for example with the Brillantring mares Leanna, born 2003 by Rhodes Scholar out of Liara by Leggiero, and Emperadora, born 2008 by Sir Donnerhall out of Esperanza by Feiner Stern, or with the licensed stallions Withages, born 2002 by Wolkentanz II out of Del Sol by Davignon I and Somerset, born 2004 by Stedinger out of Aimee by Rubinstein, who was sold to Spain for a top price at the Vechta auction and was successful up to Grand Prix dressage level with Juan-Manuel Vidal-Testal.

Photo above: Holly Simensen is always all ears. (Beelitz)
Photo below: Holly Simensen and former president Wilhelm Weerda at the Golden Badge Ceremony in Vechta. (LL-Foto)