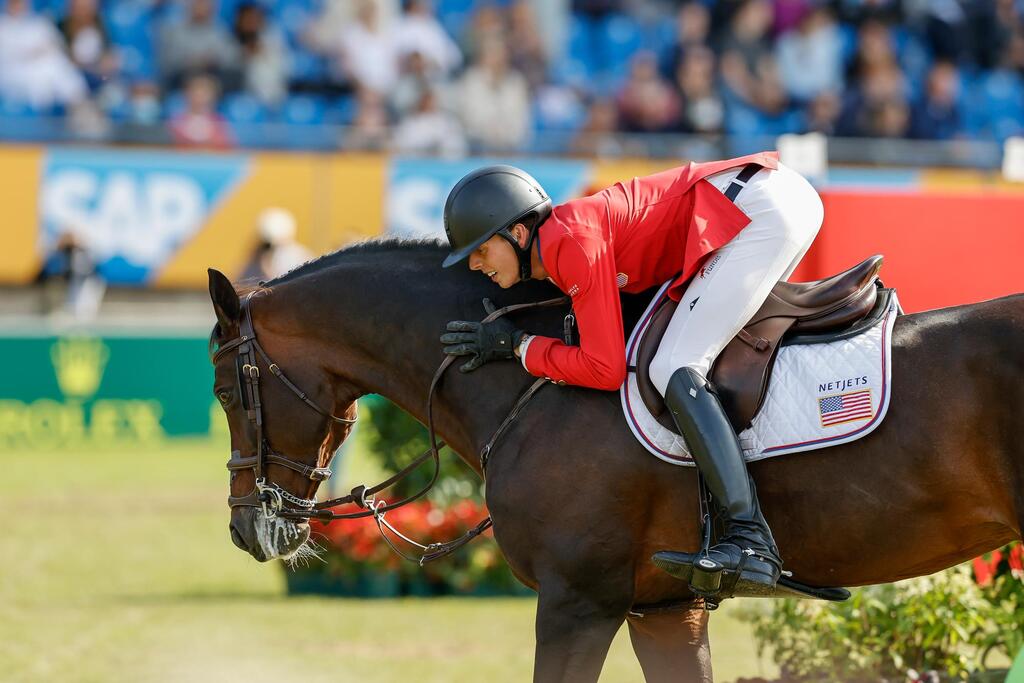 Balou du Reventon, OS, born 2006, by Cornet Obolensky out of Georgia by Continue - Domino, bred by Gestüt Lewitz, and ownend by Ann Thompson, USA, ridden by Brian Moggre, had one of the most successful years of his jumping career in 2021, representing the United States in multiple international competitions and being short listed to the U.S. Jumping Team for the Tokyo 2020 Olympic Games. Now Balou du Reventon has been named International Horse of the Year in the United States of America.

Following the young Brian Moggre taking over the ride in 2020, the duo was selected to represent the U.S. Jumping Team at the Wellington CSIO4*, where the team took their first win of the 2021 season. The pair then represented the U.S. in FEI Jumping Nations Cup Poland CSIO5*, where the team finished seventh, before securing an impressive victory in the Longines 1.60 m Grand Prix CSIO5*. The pair finished in ninth at the Rolex 1.60 m Grand Prix at the Royal Windsor CSI5* before being named as a Reserve to the Tokyo 2020 Olympic Games Team. Moggre and Balou du Reventon were then selected to represent the U.S.at the prestigious CHIO Aachen in September, where they lifted the U.S. Jumping Team to their first gold-medal finish at the event since 2005 in the Mercedes Benz Aachen Nations Cup with their double-clear effort. To conclude their remarkable year, the pair capped the weekend with a thrilling second-place finish in the Rolex Grand Prix of Aachen, one of the most difficult classes in the world. In total, the pair were clear in five consecutive 5* Grand Prix classes in a row in 2021.

The licensed stallion Balou du reventon is also named Cornet's Balou, who became Bundeschampion in 2011 with Patrick Stühlmeyer and is brother to the Oldenburg star sire Balou du Rouet by Baloubet du Rouet.