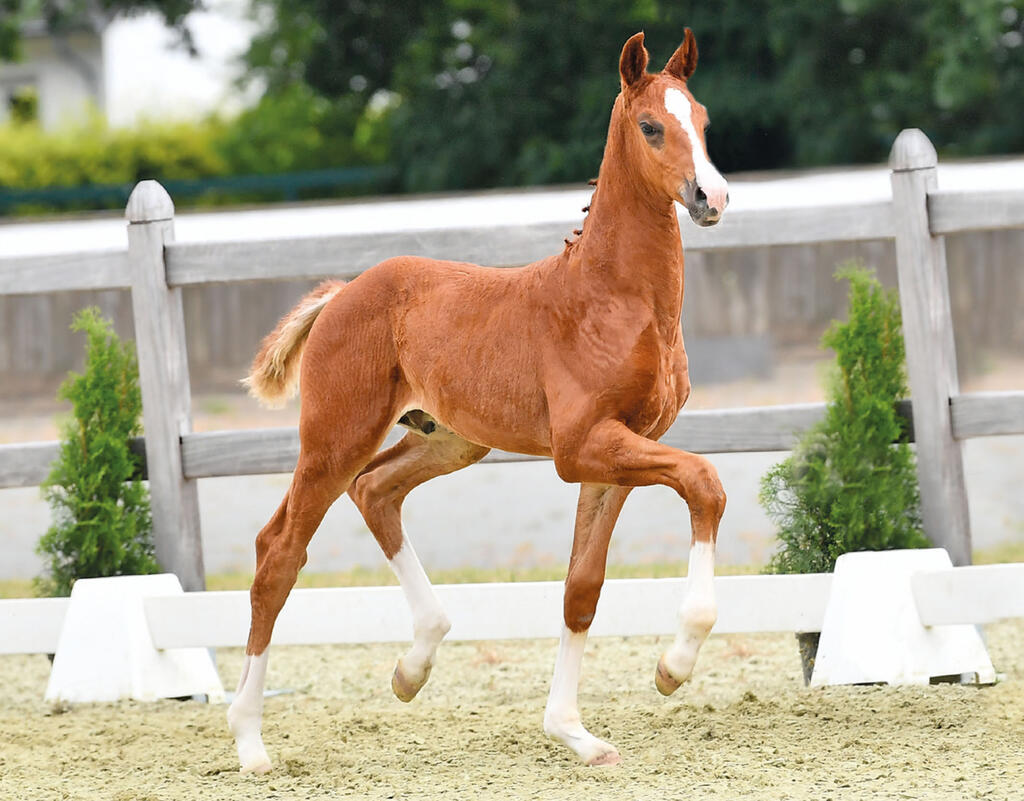 De Beers by Dynamic Dream - Future I - Donnerwetter will open the 27th Elite Foal Auction on 6 August. Majestic, beautiful stallion prospect who knows how to score at every moment with his qualities in all three basic gaits, with an exquisite pedigree. De Beers is the name of the sonorous overture of the Elite Foal Auction 2022 in Vechta.

Strong moving, modern and with first-class pedigrees - this is how the hand-picked elite foal collection will present itself on Saturday, 6 August, at the Oldenburg Horse Centre in Vechta. To the collection.

Competing for this family in Vechta will be:
It's me by Asgard's Ibiza - De Niro - Florencio I presents himself highly modern and with powerful gaits in every situation. A stallion prospect like he is in the book.

Brilliant type, beautiful as a picture - if you are looking for a first-class filly, Smilla by Sir Donnerhall I - Quantensprung - His Highness is a special recommendation. The beautiful daughter of the star sire Sir Donnerhall I convinces in every situation with three outstanding basic gaits and is at the beginning of a great career.

Best of Weihe by Bonjour - Sandro Hit - Figaro radiates Olympic flair. The noble black stallion comes from the first crop of the Bon Coeur son Bonjour. His sister is none other than the multi champion Weihegold OLD, who won Olympic and European Championship gold with Isabell Werth.

Mai Tai by Morricone I - San Amour I - Diamond Hit comes from the line of Grand Prix winner Rockabilly under Victoria Max-Theurer, AUT.

You have the opportunity to bid on your favourite live on site, online or on the phone. The live auction starts on Saturday, 6 August, at 12.00 p.m. with the presentation of the elite foals, followed by the foal auction at 3.00 p.m.