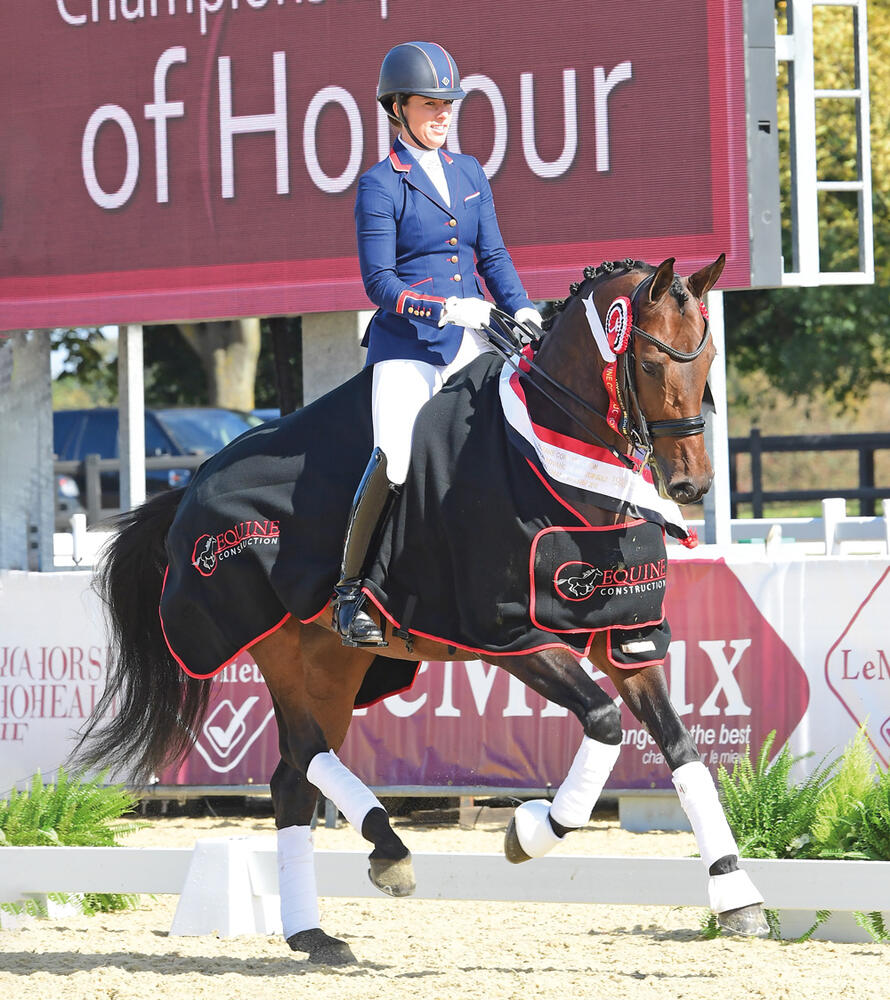 Oldenburg Inside: A Star is Born

“It was love at first sight” – these are the words British Oldenburg breeder Emma Blundell uses to describe the moment she first saw her gorgeous mare VIP grazing in the pasture in Oldenburg Münsterland.

Mount St. John VIP, born 2011, by Vivaldi out of Maradonna by Donnerhall - Classiker, bred by Georg Sieverding, Emstek, and owned by Mount St. John Equestrian Llp, Great Britain, is a rising star in the UK. “She wasn’t actually for sale, but I was fascinated by her charisma and by the pairing of Vivaldi and Donnerhall. It was immediately clear that this blood combination would result in nothing less than excellent rideability and sublime movement. So I was lucky that VIP’s breeder, Georg Sieverding, sold her to me as a weanling”, said Emma Blundell at the Mount St. John stud farm in North Yorkshire.

This bay mare came into the world at the legendary stud farm of Georg Sieverding in Emstek, who has given the Oldenburg breeding world many high-quality horses. VIP’s first years were spent in Germany, where the four-year-old completed her mare performance test under dressage trainer Sandra Kötter with the highest mark of 10.0 for rideability. The pair also wasted no time passing their first riding horse test. “VIP was unbelievable to ride and a lot of fun,” says Kötter. “She was always on, but very well behaved and always right there with me. Any rider would love her work ethic.”

In late 2015 this graceful mare journeyed to Emma Blundell’s Mount St. John in North Yorkshire, England, where she’s received instruction from Olympic gold medalist and world champion Charlotte Dujardin ever since. In 2016 the pair won the British Young Horse Championship and the National Title for five-year-olds. Just one year later, VIP and Charlotte also won the championship for six-year-old dressage horses with over 77%. “VIP has a unique character and an extraordinary work ethic,” says Blundell. “She loves to work and is focused at all times, which makes her rider very happy.”

VIP was blessed with good genes. Her dam is none other than Maradonna, born in 1998, by Donnerhall out of Marella by Classiker, bred by Georg Sieverding, Emstek, who also bred Oldenburg’s multi-champion Fürstenball OLD, born in 2006 by Fürst Heinrich – this noble black stallion was the top prize foal at Vechta in 2006, winner at his licensing in 2008, won his stallion performance test in 2009, was German National Champion in 2011 under Ines Westendarp and placed at the World Championships for Young Dressage Horses. Both dam Maradonna and grand dam Marella were I-c Brillantring mares for the elite mare show in Rastede. In addition to Fürstenball, Maradonna is also dam to approved stallion Harmony’s Desiderio by Dimaggio, born in 2005 and advance-level dressage champion under Susan Pape, and approved stallion Winehouse by Wynton, born in 2009. Through her dam, VIP’s ancestry can be traced back to the famous Mon Amour dam line. Her sire Vivaldi had successes up to Grand Prix level under Dutch rider Hans Peter Minderhoud and comes from the Utopia line, one of the most successful mare lines in the Netherlands.

Last year VIP and Charlotte Dujardin won the young horse championship at the Prix St. Georges level for seven-year-olds. And the triumphs keep coming. Just a few weeks ago the pair won at the CDN in Addington in the small tour. “We had a marvelous competition in Addington and I am overjoyed that VIP won the Prix St. Georges with 74.82% and the Intermediaire I with 74.38%,” says Charlotte Dujardin about her young star. “VIP is developing very well toward Grand Prix competition,” says Emma Blundell. “This year we want to keep her at small tour. Looking to the future, of course we hope that she can break into the international big tour scene.”

Ben Franklin, Oldenburg agent for the UK, operates a dressage stable in Buckinghamshire together with his partner, Rob Waine. The Englishman offered us his impressions of Mount St. John VIP, who caught his attention at several recent tours. “I think the modern dressage horse should be athletic with active hindquarters for collected work like pirouettes, piaffes and passages. A modern, elegant look with a friendly expression in the eyes is also important. VIP fulfills all these criteria with her strong Oldenburg dam line in the descending pedigree and her father, Vivaldi, who is one of my favorite sires. It’s no wonder that this mare is causing a sensation in the British dressage scene, as she’s already won numerous national titles under Charlotte Dujardin. She has three extremely good gaits: an extensive walk, an energetic trot, especially in the half pass, and an uphill canter. We’ll be following her development with interest over the next few years, because this modern mare has massive potential for success in international dressage.” 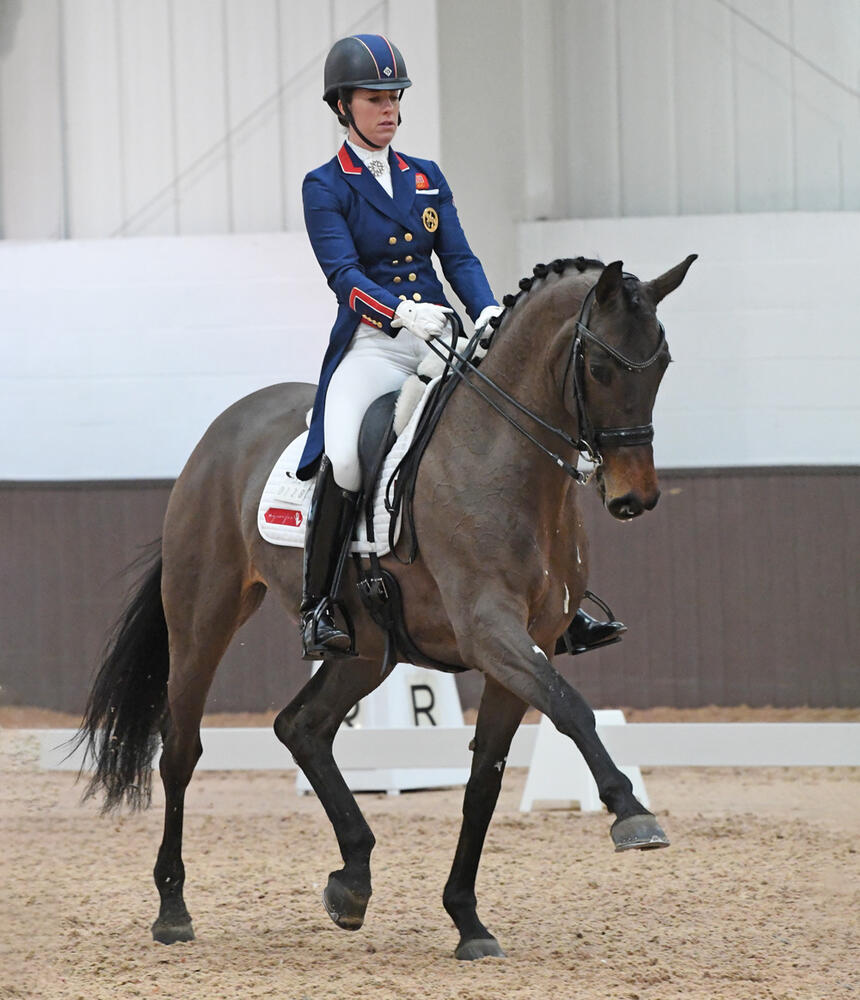 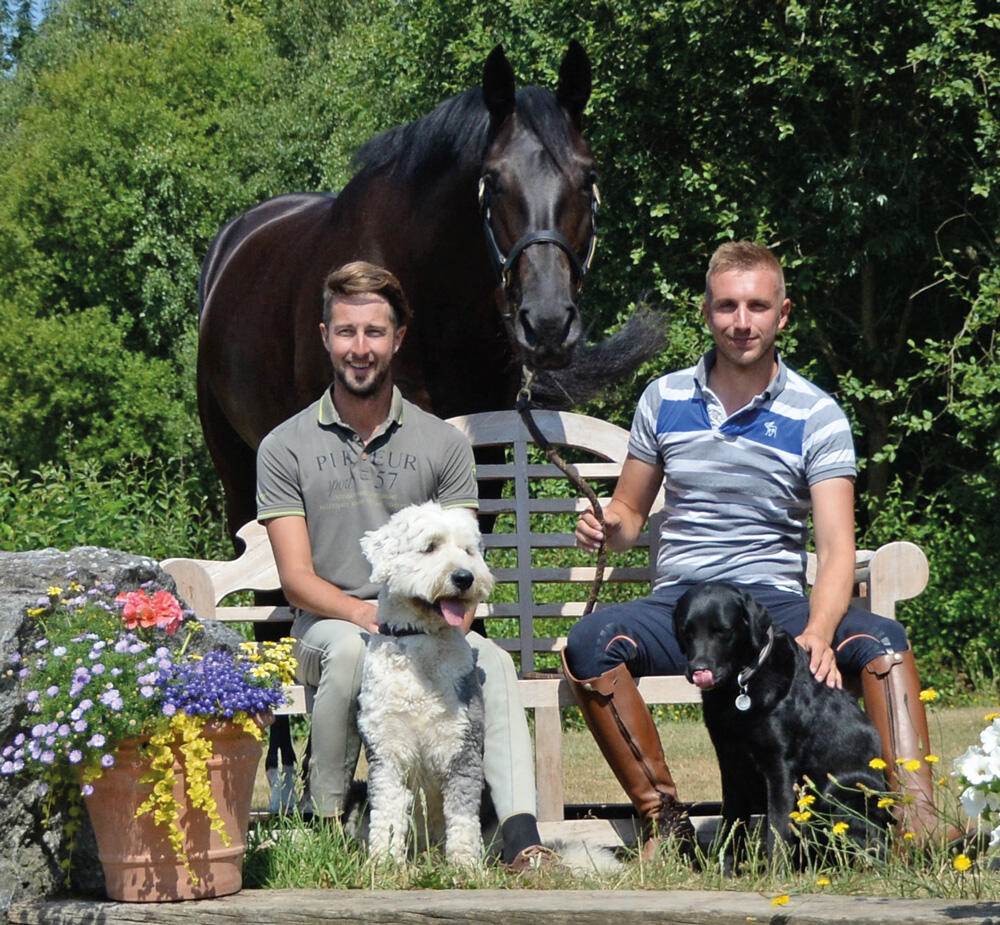