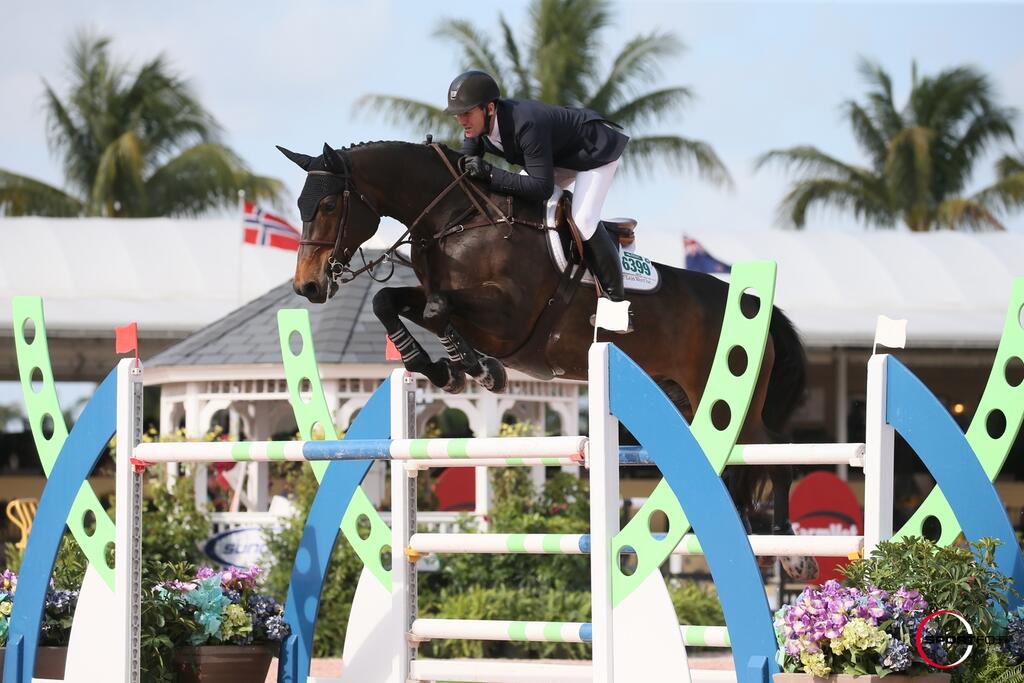 HH Callas, OS, born 2007, by Albatros out of Traumfee by Quattro B - Landadel, bred by Harm Flessner, Ihlow, Germany, and owned by Double H Farm, USA, took sixth place in a 1.40 m show jumping test with Megan McDermott in the saddle. HH Callas was discovered as a foal at the Summer Mixed Sales 2007 in Vechta. Granddam Tänzerin is the dam of the advanced level show jumpers Cruella de vil by Check In under Josch Löhden and Roxanne by Quattro B under Alexander Schill.

Noche de Ronda, born 2009, by Quintender out of Ritschina Ratschione by Lovis Corinth - Silvio I - Ramino, bred by Anke Richter-Irps and Ralf Tiefenthal, Wilhelmshaven, Germany, and owned by Maarten Huygens and McLain Ward, USA, won a 1,40 m class and placed fifth in the Grand Prix, a 1.60 m show jumping test, with McLain Ward in the saddle. Noche de Ronda started his career at the Fall Elite Auction 2013 in Vechta. His dam was awarded at the elite broodmare show in Rastede.

Simba, OS, born 2006, by Toulon out of Argentina by Argentinus, bred by Gestüt Lewitz, Germany, and owned by Grand Road Partners Llc, USA, and Beat Mändli took sixth place in the Grand Prix of New York, a 1.60 m show jumping test. Dam Argentina is sister to the licensed Acorath and is successful in advanced level show jumping tests under Otto Becker. She gave birth to the 1.40 m show jumpers Chatinus by Chacco-Blue under David Will and Timo Beck, Goldan by Landgold with Frederik Knorren in the saddle as well as Centina by Cento with Bruce Goodin from New Zeeland in the saddle.

The next opportunity to secure your future star you will have at the 1st Oldenburger Special Edition on June 15th in Vechta.