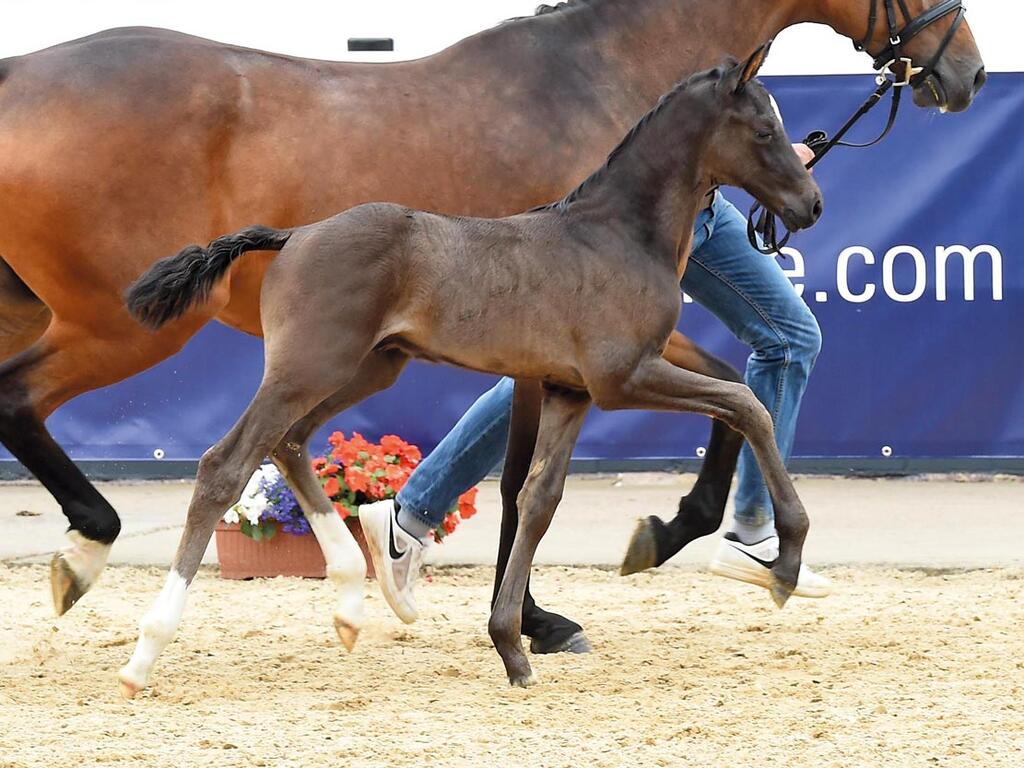 The 17th Elite Foal Auction at the Oldenburg Horse Center Vechta achieved a phenomenal result. The prize highlight was Marco Polo by Marc Cain - San Amour I - Depardieu. This colt, bred by Ulrike Finck-Deichner from Hessian, was knocked down for 110,000 Euro to a renowned dressage stable in Germany. The colt comes from the well-known Egale dam line.

Inspirado by Asgard’s Ibiza - Fürstenball - San Amour I, bred by Marcel de Wilde from Belgium, was sold for 68,000 Euro to a famous stud. Dam Finest Dream also started her career in Vechta.

The demand for jumper foals was also very positive.The champion of the Vechtaer Foal Championship Don King by Diamant de Quidam - Contender - Cassini I, bred by Johannes Heinrichs from the Rhineland, was sold for 55,000 Euro to a top-class jumping stable. Sire Diamant de Quidam was the OS Champion Stallion 2015.

“The meticulous selection of the Elite Foals was worth it. Our breeder were rewarded for the quality of their international highly requested foals”, concluded auctioneer Fabian Kühl.

At the Oldenburg Elite Foal Auction, total sales of more than 1,650,000 Euro were realized. The average price was approximately 18,000 Euro

All results of the foal collection.

Photo: Marco Polo by Marc Cain - San Amour I - Depardieu was the most expensive foal in Vechta. (Beelitz)