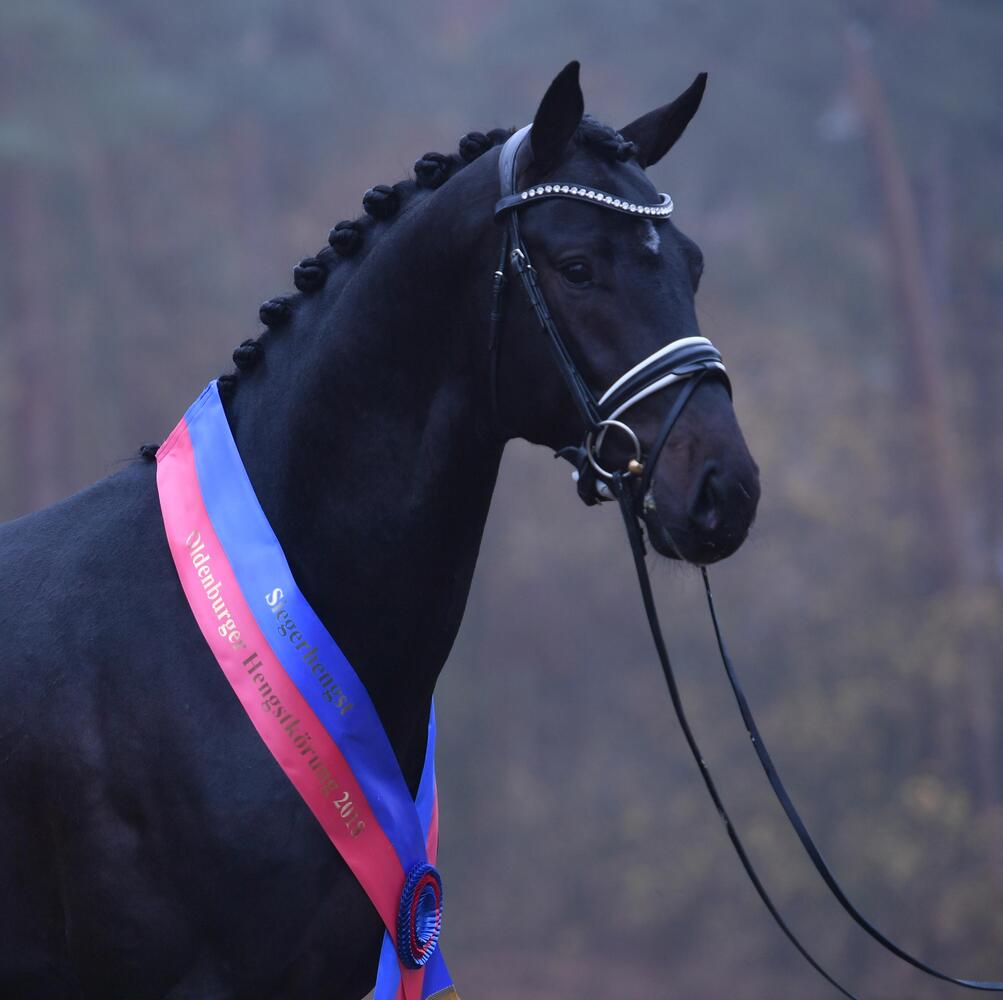 As the new Champion Stallion of the Verband der Züchter des Oldenburger Pferdes (OL) a son of Grand Galaxy Win T - Don Schufro - Rawage Quintus - Donauwind/Trak., bred by HH Horses from Denmark and exhibited by HH Horses & Helgstrand Dressage from Denmark shined. The sire Grand Galaxy Win T was finalist at the 2016 World Breeding Dressage Championships with Severo Jurado Lopez from Spain. Oldenburgs Breeding Director Dr. Wolfgang Schulze-Schleppinghoff about the Champion Stallion: "This son of Grand Galaxy Win T is a very successful mix of the best dressage bloodlines in Europe. The black stallion has developed excellently since the pre-selection. His movement, especially that he showed during lunging, is not much better. In the trot he has shown impressive dynamics and enormous power from the hind leg. His movement trough the body is nearly perfect, so we could only honored this with a 10,0. A correctly made stallion, nice in the type characteristic, from which we will hopefully see many offspring."

A son of Don Diarado - Conthargos - Lordanos - Landadel, bred by Marion Diese from Fresenburg, and exhibited by Zuchthof René Tebbel, Emsbüren, was awarded with the Champion Stallion title of Springpferdezuchtverband Oldenburg-International (OS). This stallion comes from the famous Heida dam line. Sire Don Diarado won the team bronze medal at the World Equestrian Games in Tryon, USA, with Maurice Tebbel, son of the exhibitor. Oldenburgs Breeding Director Wolfgang Schulze-Schleppinghoff reports on this jumping talent: "This young stallion appeared to be the most complete stallion of the jumping lot this year. The dark brown stallion impresses with his outstanding modern type and has great gaits. In the free jumping, he was able to convince with superior assets, his attitude and quick legs. A complete stallion from head to toe."

Second place in the lot of Oldenburg premium stallions with emphasis on dressage went to a stallion by Diamond Hit - Fürst Heinrich - Don Schufro - Sandro Hit, bred by Christine Arns-Krogmann from Lohne, and exhibited by Madeleine Winter-Schulze from Wedemark. The Oldenburg Vice Champion comes from the famous Weissena dam line. His grandmother is none other than Weihegold OLD, gold medal winner at the Olympic Games in Rio de Janeiro in 2016. The third place was awarded to a son by Millennium/Trak. - Rubin-Royal - De Niro - Rubinstein I, bred by Heinrich Vahle, Friesoythe, and exhibited by Albert Sprehe from Essen. The noble stallion is the brother of the Oldenburg Champion Stallion 2014 Morricone I and Morricone II.

Springpferdezuchtverband Oldenburg-International (OS) awarded second place to a stallion by For Pleasure - Carthago - Ramiro - Jasper, bred by G. van de Winkel from the Netherlands and exhibited by Wiepke van de Lageweg, Netherlands. Sire For Pleasure won team gold in 1996 at the Olympic Games in Atlanta, USA, under Marcus Ehning. Bronze in the OS lot received a wealthy stallion by Casino Berlin - Conthargos - Silvio I - Landadel, bred by Horst Schlüsselburg from Stuhr, and exhibited by Johannes Westendarp, Wallenhorst. The stallion was discovered as a foal at the Summer Mixed Sales in Vechta and rises from the well-known Kateste dam line as well as the World Championship silver medal winner from 1978 Volturno by Vollkorn xx under Otto Ammermann. 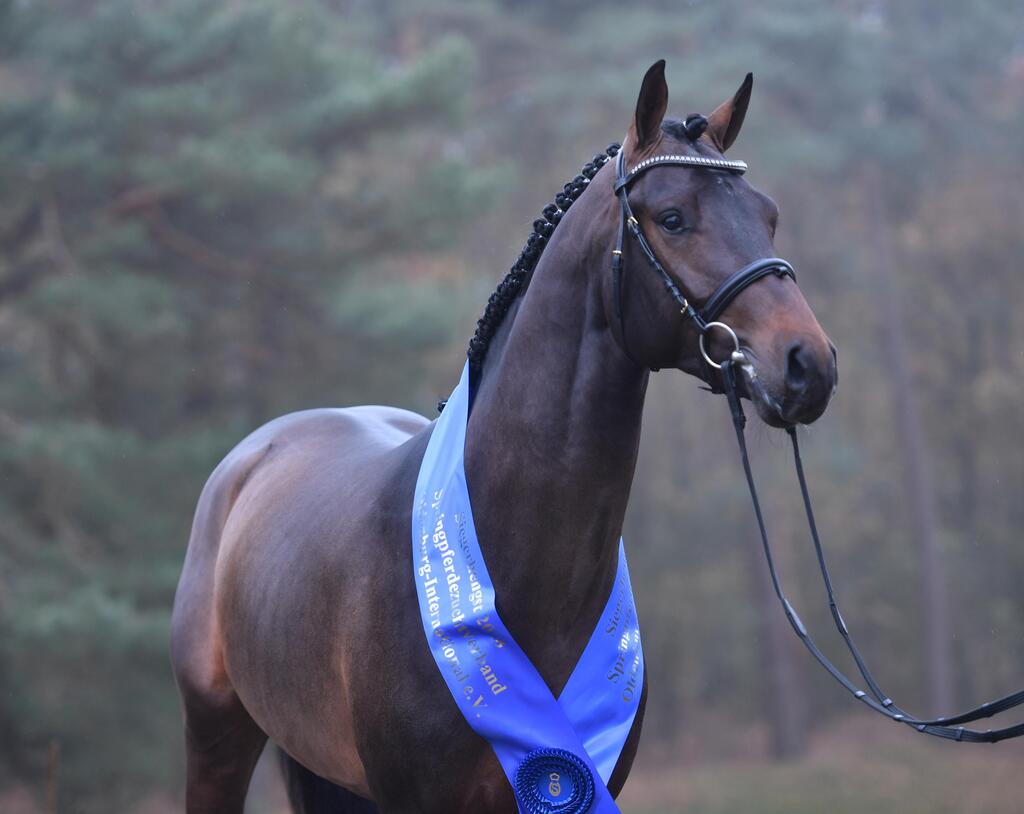