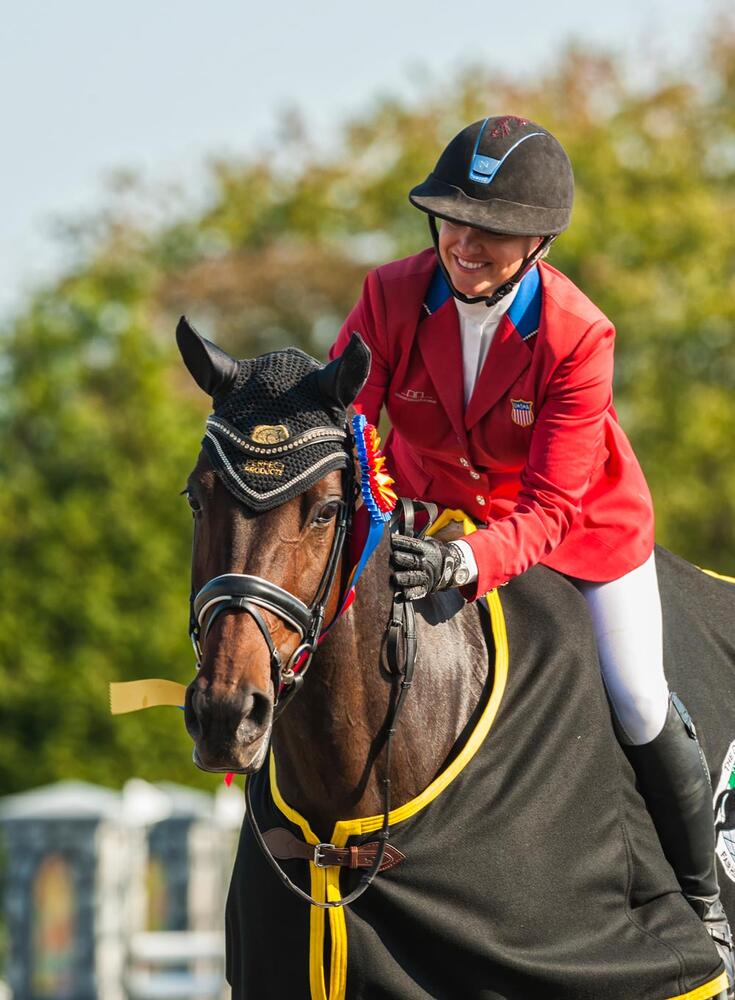 After victory at the CIC** in Luhmühlen two weeks ago, Horseware Hale Bob OLD and Ingrid Klimke put on another sovereign performance in Kreuth, Germany, proving that they are absolutely fit this season. But on the other side of the ‘big pond’, Marilyn Little and her top mare also demonstrated their class, sovereignly winning the CIC*** in Tryon, North Carolina.

Horseware Hale Bob OLD, born 2004, by Helikon xx out of Goldige by Noble Champion - Goldlöwe - Efendi, bred by Dr. med. Rolf Lück, Crailsheim, Germany, and owned by Ingrid Klimke and Andreas Busacker, Münster, Germany, achieved the second best result in the dressage test under Ingrid Klimke, remained faultless in the demanding cross country and was also victorious in the jumping test, making the experienced couple the winners of the CIC** in Kreuth. Horseware Hale Bob OLD was discovered at the Winter Mixed Sales Auction at the Oldenburg Horse Center Vechta in 2006. Hale Bob OLD has plenty of refinement in his pedigree from his sire, the Thoroughbred stallion Helikon xx, as well as from his dam’s sire Noble Champion by the Thoroughbred stallion Noble Roi xx. Hale Bob has also inherited strong jumper genes from Goldlöwe by Gotthard and Efendi by Agram. This mare family is also the origin of the licensed stallions Echo I and II by Efendi as well as the highly successful, international stallion Gralshüter, a Nations Cup winner under Heinrich-Wilhelm Johannsmann.

RF Scandalous, born 2005, by Carry Gold out of Richardia by Contender, bred by Horst Bührmann, Döhlen, Germany, and owned by J. Mars, R. Parsky, P. Manders, & M. Manders, USA, won the CIC*** Event under Marilyn Little held at the Tryon International Equestrian Center, USA. RF Scandalous comes from the Richonse line which is known for passing on strong performance.  The great granddam Richlinde by the Thoroughbred stallion Kronprinz xx is the dam of Karajan by Corde who collected ribbons in fourth level dressage with Arne Schriever.