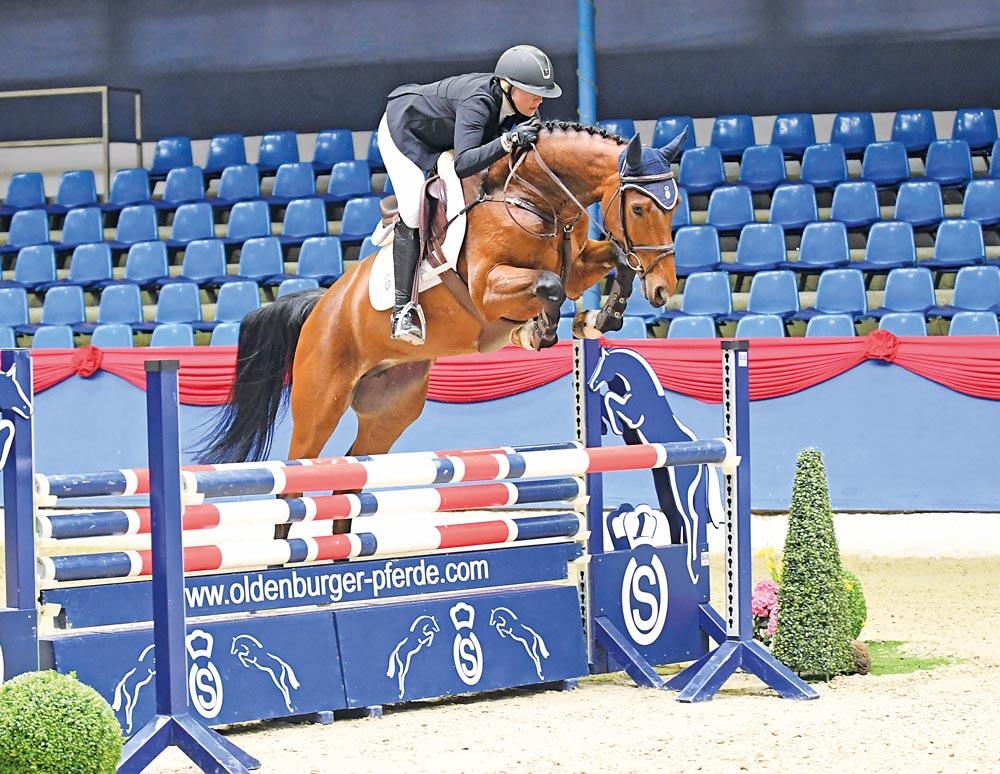 The special auction held at the Oldenburg Horse Center Vechta was very international and successful. Especially the show jumpers inspired the audience.

The top priced horse in the sport horse collection at the 62nd Summer Mixed Sales in Vechta was Caluna by Calido - Lord Pezi - Beach Boy. This highflyer, bred and exhibited by Tanja Lasarzik from Lower Saxony, was sold to a show jumping stable in Bavaria for 75,000 Euro.

The second most expensive horse was also a show jumper. Calibou N by Califax - Balou du Rouet - Landgold, bred and exhibited by Markus Rump from Drantum, was knocked down for 60,000 Euro to new customers from North Rhine-Westphalia.

Dressage star Daily Pleasure by De Niro - Sandro Hit - Argentinus, bred by Christian Wöber from Austria and exhibited by Jessica Reef from Bad Bentheim, will travel to his new home in the USA with a price tag of 32,000 Euro.

Faszinato by Feinrich - Don Primero - Rohdiamant scored the highest price in the Elite Foal collection at the Oldenburg Horse Center Vechta. This colt, bred and exhibited by Hermann Lübke from Menslage, was bought from dressage horse enthusiasts from Hungary, who were willing to pay 33,000 Euro for this master mover.

In the collection of the show jumpers Heartpower by Heartbreaker - Voltaire - Veneur du Luc was sold for 26,000 Euro to a well-known jumping stable in Bavaria. This exclusive colt was bred and exhibited by the Päärdu Farm from Estonia. Christiano by Cornet Obolensky - I’m Special de Muze - Quidam de Revel, bred and exhibited by Andreas Volze from Borken, was sold for 25,000 Euro to customers from North Rhine-Westphalia.

All results of the sport horse collection.

All results of the foal collection.

Photo: Caluna by Calido was the most expensive horse in Vechta. (gr. Feldhaus)