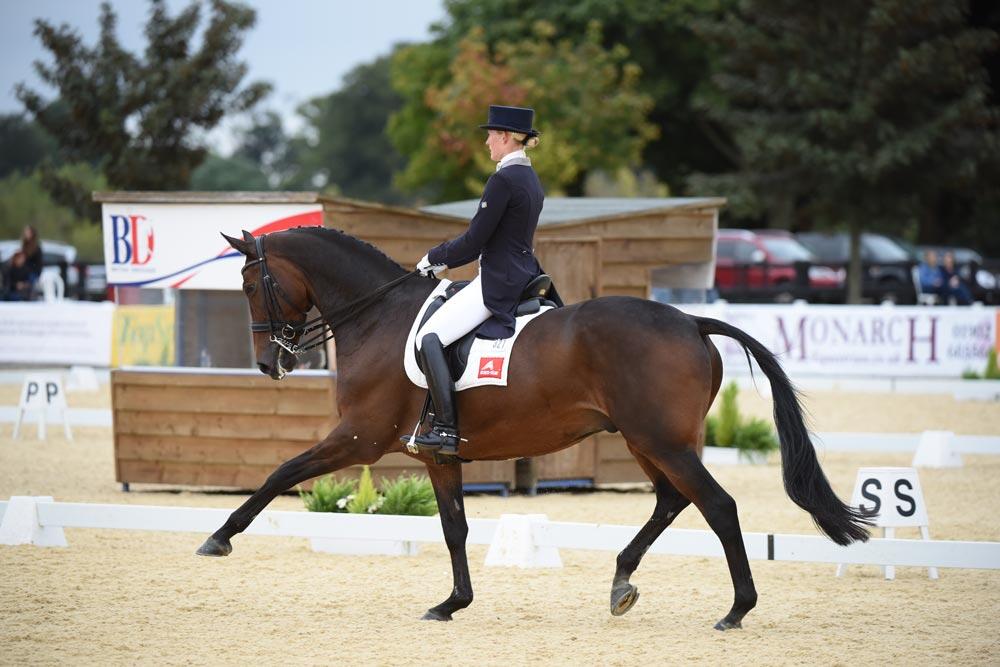 At the CDI Hartpury Dressage Festival, which took place in Great Britain, the Bechtolsheimer family’s Kristjan won with Lara Butler in the saddle the Intermediate I Freestyle ahead of Olympic gold medal winner Charlotte Dujardin.

Kristjan, born 2005, by Polarion/Trak. out of Kardinale/Trak. by Napoleon Quatre - Mahagoni, bred by Dr. Wilfried Bechtolsheimer, Great Britain, and owned by the Bechtolsheimer family, Great Britain, and his British rider Lara Butler made a great impression, placed sixth in a Prix St. Georges, took second place in an Intermediate I and winning the Intermediate I Freestyle test. "Friday Kristjan did a super consistent test just one little confusion coming out of the pirouette. He thought we were doing a full one. He came sixth in the Prix St Georges," said his rider Lara Butler (née Griffith). "Kristjan and I upped our game for the Inter I. He was amazing, the best test I have ever done on him to come second on 73%!" After winning the Kur, Butler said, "Oh my goodness what a day I can't actually believe it! A win in Kristjan's first ever CDI and a personal best of 78% in the Inter I Freestyle." Granddam Kandia III also gave birth to the licensed stallion Kaiser Wilhelm/Trak. by Lehndorff’s, who collected ribbons in international Grand Prix classes under Anke ter Beek.

Samba Dancer, born 2006, by Samba Hit II out of Lady by Ferro - Concorde, bred by Hermann Kretz, Strälen, Germany, and owned by Mrs. C. Richards, Great Britain, took silver in a Prix St. Georges and sixth place in an Intermediate I under his rider Kate Cowell.