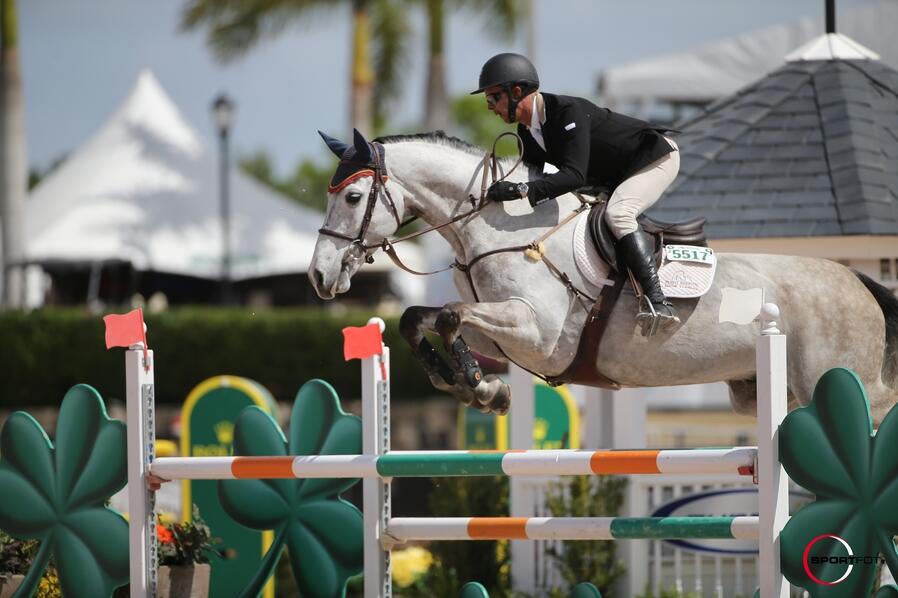 The Oldenburg show jumpers had a great start in Wellington. The highflyers won three jumping classes in the sun of Florida. Two of the winner horses were discovered at the auctions in Vechta, Germany.

Callas III, OS, born 2007, by Albatros out of Traumfee by Quattro B - Landadel, bred by Harm Flessner, Ihlow, Germany, and owned by Danielle Laurenzo Torano, USA, won a 1.45 m show jumping test with McLain Ward in the saddle. Callas III was discovered as a foal at the Summer Mixed Sales 2007 in Vechta. Granddam Tänzerin is the dam of the advanced level show jumpers Cruella de vil by Check In under Josch Löhden and Roxanne by Quattro B under Alexander Schill.

Stackfleth, born 2008, by Stakkatol out of La-Vita by Landsieger I - Furioso II, bred by Horst Schlüsselburg from Stuhr, Germany, and owned by Pablo Barrios and Alfredo Gonzalez, Venezuela, won a 1.40 m show jumping test under his Venezuelan rider, Pablo Barrios. Stackfleth is the successful result of an interesting, sport-oriented combination of bloodlines.  His sire Stakkatol wins international advanced level classes under Bastian Freese. His dam La-Vita also collected ribbons in show jumping up to medium level. Stackfleth was discovered at the Summer Mixed Sales 2013 in Vechta.