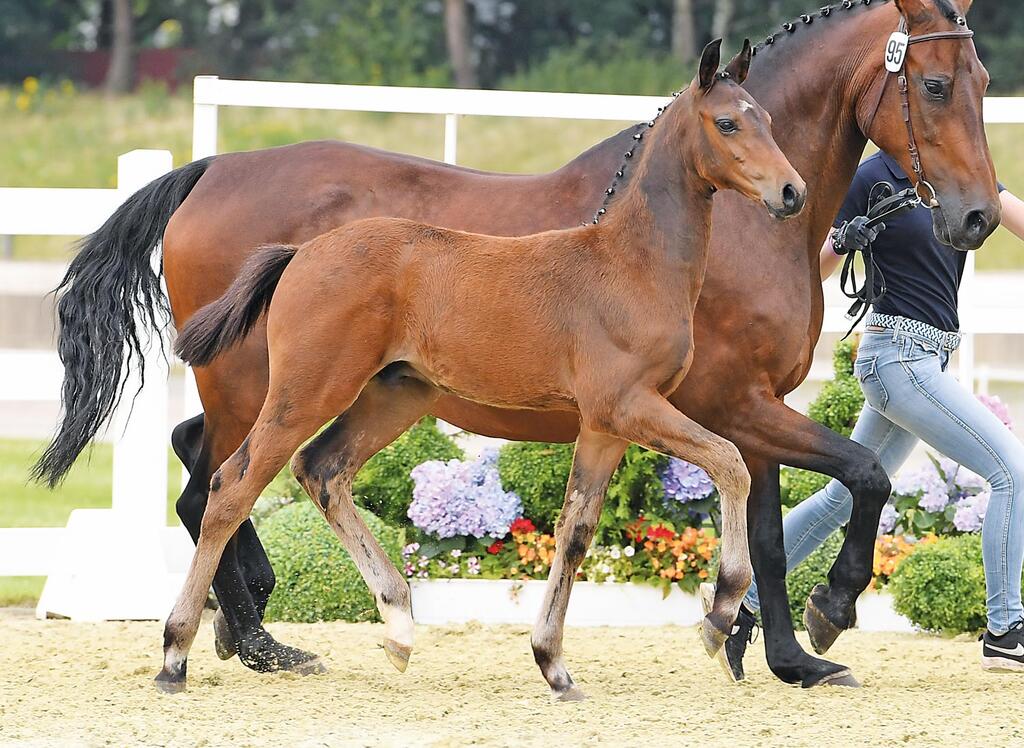 The modern, top foals in this year’s collection for the Fall Elite Auction, which will take place on Saturday, September 30th at the Oldenburg Horse Center Vechta, are thrilling. The best stallions in the world are combined with sporty mare lines. Secure your future star now!

The international pedigrees and extra class sires of these foals are enticing. Top, international stallions such as Diamant de Semilly, Cornet Obolensky, I’m Special de Muze, Dallas, Caspar, Balou du Rouet, Casanova, Ogano Sitte, his son Ogano, and Tangelo van de Zuuthoeve will be presenting their offspring in Vechta. In Vechta you’ll have an opportunity to snatch up an Oldenburg that will be a star in the future.

I’m in Love – the name is the program. This gorgeous filly by I’m Special de Muze - Cornet Obolensky - Lanero - Frühlingstraum II has everything it takes to match the success of her sires. Pénélope Leprevost’s Aresse M, who wins ribbons in 1.60 m courses, is the star in the I’m in Love family. Dam Preiselbeere’s sister, Charlotte, wins advanced level classes with Ursula Fröhlich.

You’ll find an overview of the entire collection on the Internet in the auction area of the Oldenburg website www.oldenburger-pferde.com or click here to go there directly.

You can also order a printed catalogue from the Auction Office in Vechta.

If you can’t make it to Vechta personally on Saturday, September 30th, you can watch a livestream of the Elite Foal Parade at 1:00 p.m. on the Internet. There’s a button on the homepage of the Oldenburg website www.oldenburger-pferde.com with which you can go directly to the livestream of the final presentation of the auction foals. The auction begins at 3:00 p.m.

You can also easily purchase your favorites by phone. Please contact one of the employees named below in the Oldenburg Auction Office for this.