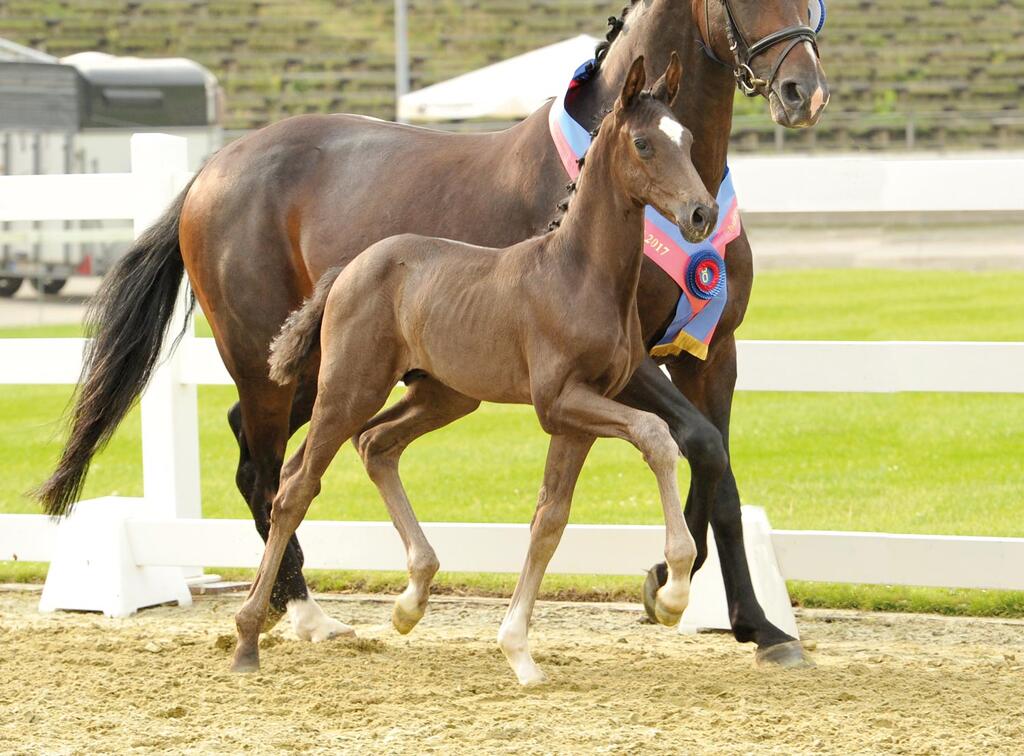 Modern Elite foals add an extra element of delight to the collection at the Fall Elite Auction which will be held on Saturday, September 30th. At the Oldenburg Horse Center Vechta you’ll find offspring from dressage champions that are combined with mare lines famous for their performance in sport. Don’t miss this opportunity to secure a future star of your own!

With their international pedigrees and extra class sires, these foals are enticing. Super sires such as the EC star Dante Weltino OLD, Vivaldi, his sons Vitalis and Desperado, Ibiza, Fidertanz, Diamond Hit, Fürstenball OLD, Rubin Royal OLD, Sezuan, For Romance I OLD and Bordeaux will be showing off their offspring in Vechta. In Vechta, you have a unique chance to discover one of tomorrow’s Oldenburg sport stars.

Success is programed with Vitalis – Vapiano by Vitalis - Don Schufro - Sevillano xx. The great granddam Westminsterin is a sister of the licensed Westminster by Weltmeister. Sire Vitalis sovereignly triumphed in the Nürnberg Burg Pokal Final. The dam’s sire Don Schufro currently basks in the limelight of his famous daughter, Weihegold OLD, who took EC gold under Isabell Werth. This good looking stallion prospect has everything it takes to be just as good as his famous sires.

Champions forever – Scherbring’s Champ by Sezuan - Diamond Hit - Florencio I. The sire of the Champion of the 1st Vechta Foal Championships is none other than triple World Champion Sezuan. The famous Fackila dam line is also the origin of Fackeltanz OLD, a licensed stallion owned by the Max-Theurer dressage stables, as well as Diamonit I + II, and Patrik Kittel’s EC bronze medal winner, Delaunay.

To see an overview of the entire collection on the Internet, go to the auction area of the Oldenburg website or click here to go directly to the collection.

You can also order a printed catalogue from the Auction Office in Vechta.

If you can’t make it personally to Vechta on Saturday, September 30th, you can still see the Elite Foal Parade live at 1:00 p.m. on the Internet. There’s a button on the home page of the Oldenburg website www.oldenburger-pferde.com that will take you directly to the livestream of the final presentation of the auction foals.
The auction begins at 3:00 p.m.

It’s also possible, of course, to purchase your foals by phone. For this service, please get in touch with one of the employees of the Oldenburg Auction Office named below.