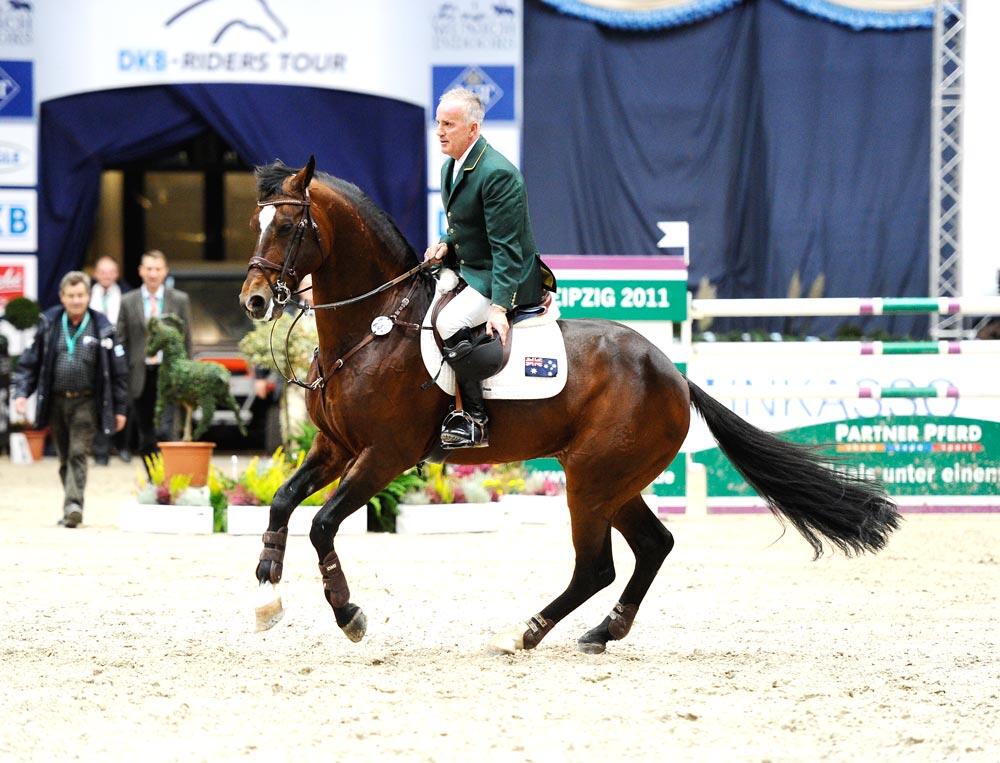 Whenever Chugg rode Vivant, they made headlines because of their fast rounds and numerous victories. The pirouettes they rode at the end of the – usually faultless – course were legendary. In 2010 the couple finished seventh in the World Cup Final in Geneva, Switzerland, and also represented Australia again that year at the World Equestrian Games held in Kentucky.

Chris Chugg explained his admiration of his successful, long-term partner by saying “Vivant is my best friend and still my soulmate. When you’ve spent nine years trying to build a partnership with a horse, this horse becomes a part of you and you become a part of him.”

It will now be interesting to see whether Chris Chugg can ride such perfect pirouettes in the future with Cornet Fuego like he did with his uncle, Vivant. Cornet Fuego certainly has what it takes to step off in the footsteps of his successful sire.