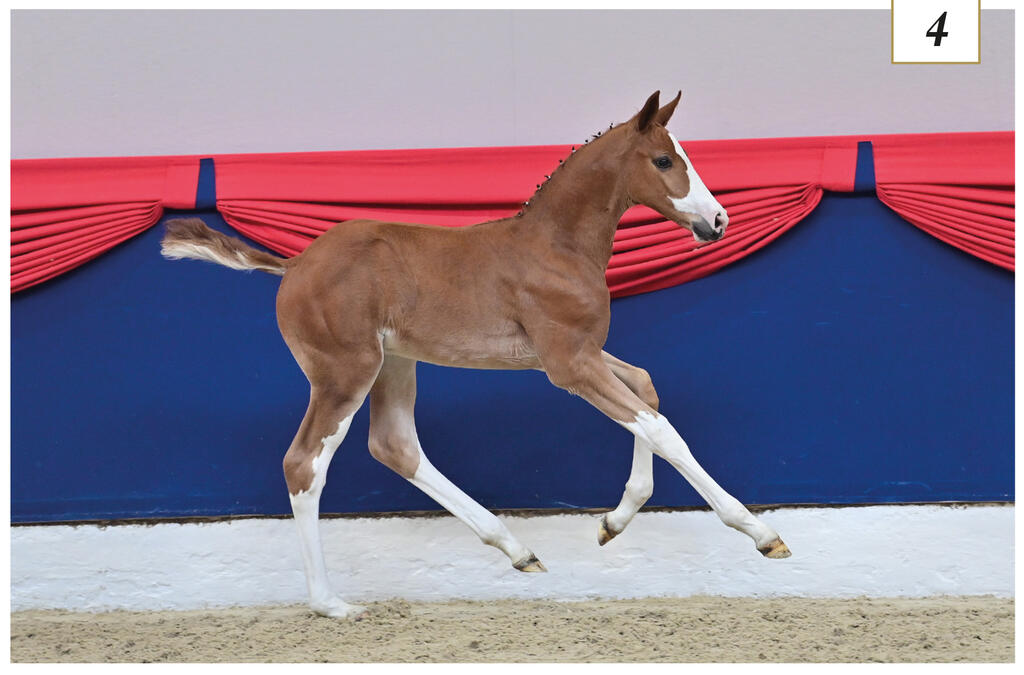 Ultra-modern, noble and with the best pedigrees of the world – the exclusive collection of the Oldenburg Online Elite Foal Auction is about to start. Secure your magical jumper star!

From Friday, April 30, to Saturday, May 1, the Online Elite Foal Auction will delight with young talented youngsters in a class of its own. The collection shines with the highlights of the current foal year. Sire stars like Hardrock Z, Aganix du Seigneur Z, Grandorado TN, Diablue PS, Etoulon, Eldorado van de Zeshoek and Conthargos present their offspring. Don't miss these highlights of the new foal year!

The dam is the sister of the 1.60 m successful Eurocommerce California. The internationally successful Etoulon and Indorado, both ridden by Jur Vrieling, NED, send a dreamlike parcours athlete Ecalifornia by Etoulon - Indorado - Ramiro to the foal collection. Dam Ramona is the sister of the in Vechta discovered Eurocommerce California by Corland, 1.60 m successful under Gerco Schröder, NED, and later with Bassem Hassan Mohammed, QAT.

Clinton's dam line 141 A: Hola Chica by Hardrock Z - Cornet Obolensky - World Way. Her dam is the full sister of two licensed stallions, including Corvet/1.60 m winning with Mikhail Safronov, RUS. Granddam Wiena is the sister of the licensed Corvette by Cornet Obolensky/six-year-old 1.35 m successful under Sebastian Karshüning. Fourth dam Chanel by Carthago is the sister of the star sire and Olympic participant Clinton by Corrado I/Dirk Demeersman, BEL.

The auction team is ready and would be happy to inform you personally about the Online Elite Foal Auction. An overview of the entire collection you find on the Oldenburg website.

Simply register and here we go. Do you have any questions about the Online Elite Foal Auction? Then feel free to contact the Oldenburg support team at any time on phone +49(0)173-7573538 or by email at support@oldenburger-pferde.com.