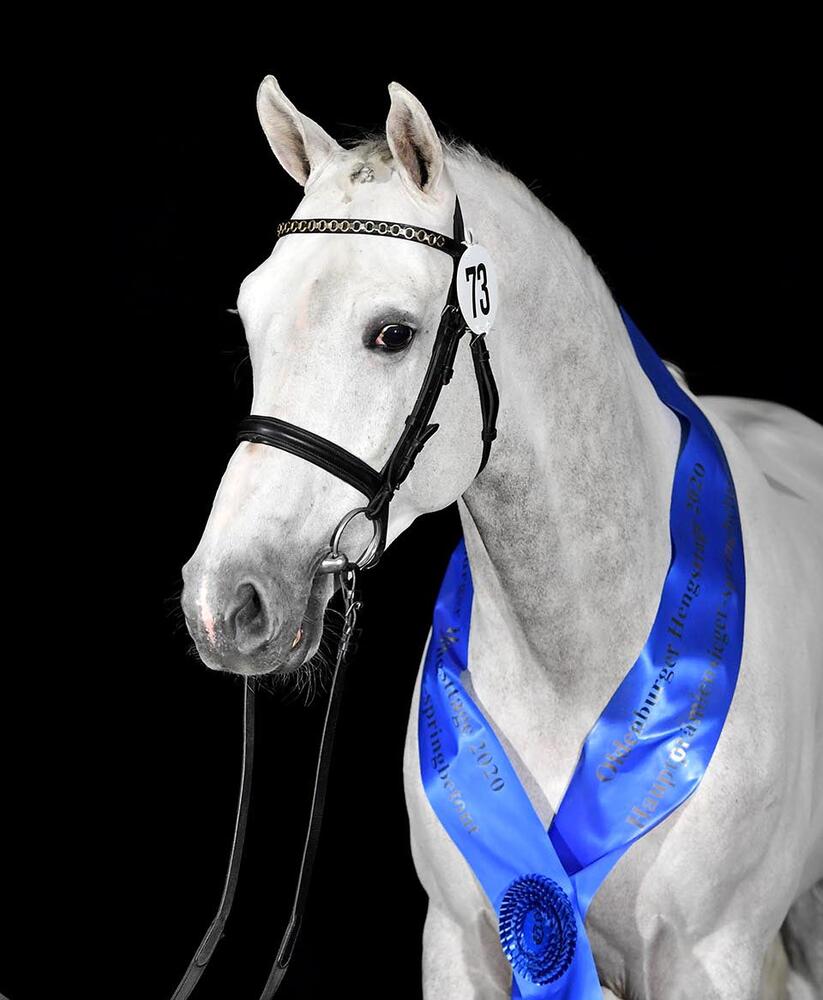 The magnificent For Treasure VDL shined as the celebrated main premium winner of the Springpferdezuchtverband Oldenburg-International (OS). When deciding which stallion is to receive a main premium, not only the stallion’s achievements in sport but also the result of his performance test and, even more important, the quality of his first foal crop, are deciding factors.

The celebrated main premium winner of the Springpferdezuchtverband Oldenburg-International (OS) was For Treasure VDL, born 2016, by For Pleasure out of Carthana Z by Carthago - Ramiro - Jasper - Lucky Boy xx, bred by G. van de Winkel, Netherlands, and owned by VDL Stud, Netherlands. The grey stallion was awarded reserve champion stallion in 2018 in Vechta. In 2019, the stallion scored a 9.30 in jumping in his 14-day test. For Treasure VDL accomplished the first part of his sport test with a final score of 8.22. The For Pleasure son already produced two Elite Foals for the Vechta auction.

The silver medal went to Baggio, born 2016, by Brantzau out of U-Charlotta by Casall - Concerto II - Ahorn Z, bred by Franz Becker, Metelen, and owned by Gestüt Sprehe, Benstrup. In the last year Baggio successfully complete his 14-day test with a final jumping score of 8.40. In the beginning of this year, Baggio received a final score of 8.36 in his sport test. The bay stallion already produced an Elite Foal for the Vechta auction.

Photo: The OS Main Premium Winner For Treasure VDL by For Pleasure. (Beelitz)