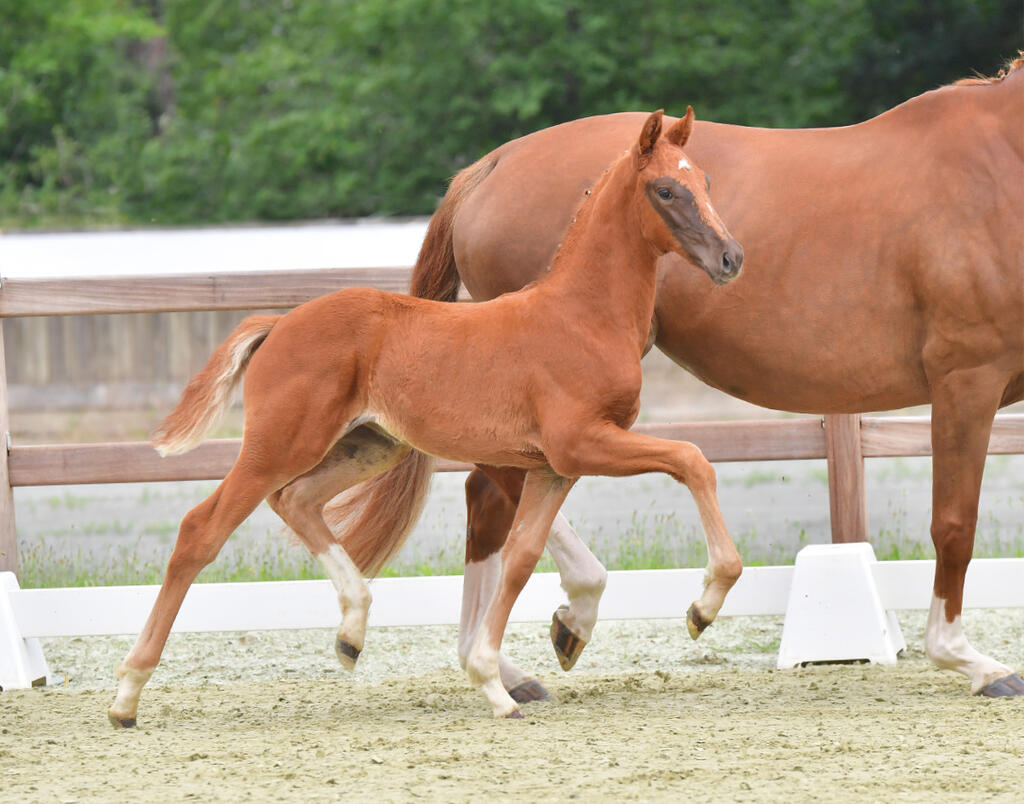 Oldenburg foals are in great demand. Oldenburg fans from all over the world secured their future stars at the 2nd Oldenburg Online Elite Foal Auction. The most popular foal was again a filly: Elitär by Viva Gold. The average price was 18,500 Euros.

The magnificent Elitär by Viva Gold - De Niro - Sion, bred by Frauke and Richard Butz from Wardenburg/Lower Saxony, became the top price with 81,000 Euros. The dam is the sister of the Grand Prix mare Elfenfeuer under Alice Tarjan, USA. In the future, this awesome filly from the famous Elfenblume dam line will bring joy to a regular customer from Denmark. In this season, this is the second price highlight at an Elite Foal Auction from the famous Elfenblume dam line.

The second most expensive dressage foal with 35,250 Euros was Vision Vitalis by Vitalis - Sir Donnerhall I - Rubinstein I, bred by Alfons Gr. Austing from Damme/Lower Saxony. Sire Vitalis celebrated the victory under Isabel Freese in the Nürnberger Burg-Pokal final in Frankfurt. The filly changed hands to one of the world-renowned dressage stables. Both top foals were bought by longtime regular customers of the Oldenburg Elite Auctions.

The top price for the jumper foals was Cornet van't Roosakker by Cornet Obolensky - Echo van't Spieveld - Carthago, bred by Stud 2000 from Belgium and exhibited by Lukas Fleming from Hamburg. His granddam Electra was 1.60 m successful under Jos Lansink, BEL, and Jannika Sprunger, SUI. Also from his direct dam line comes the top mare Cella under Ben Maher, GBR. Cornet van’t Roosakker changed hands for 26,000 Euros to a regular customer from Switzerland.

Six from 22 auction candidates have been knocked-down by customers from all over the world. Customers from Switzerland (2), Denmark (1), Estonia (1), Great Britain (1) and Mexico (1) will be taking home talented Oldenburg foals for the future. The total sales of the Online Elite Foal Auction reached 407,000 Euros. The average price of the foals ranged 18,500 Euros.

Here you will find the price list of the 2nd Online Elite Foal Auction. 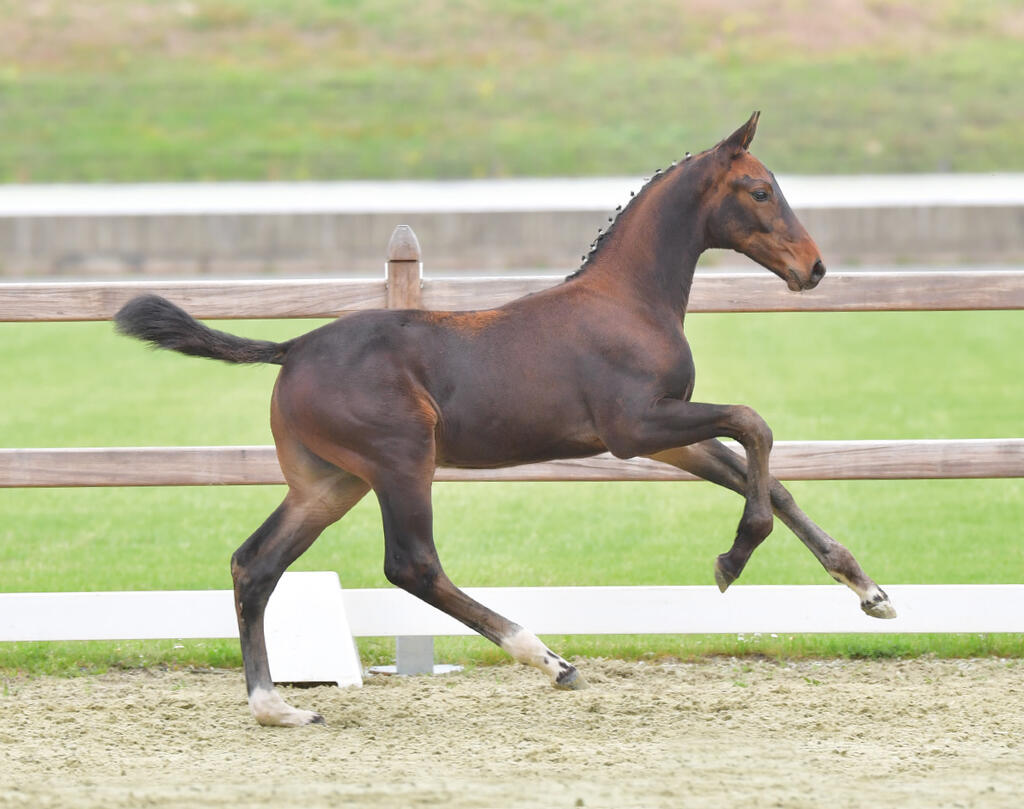