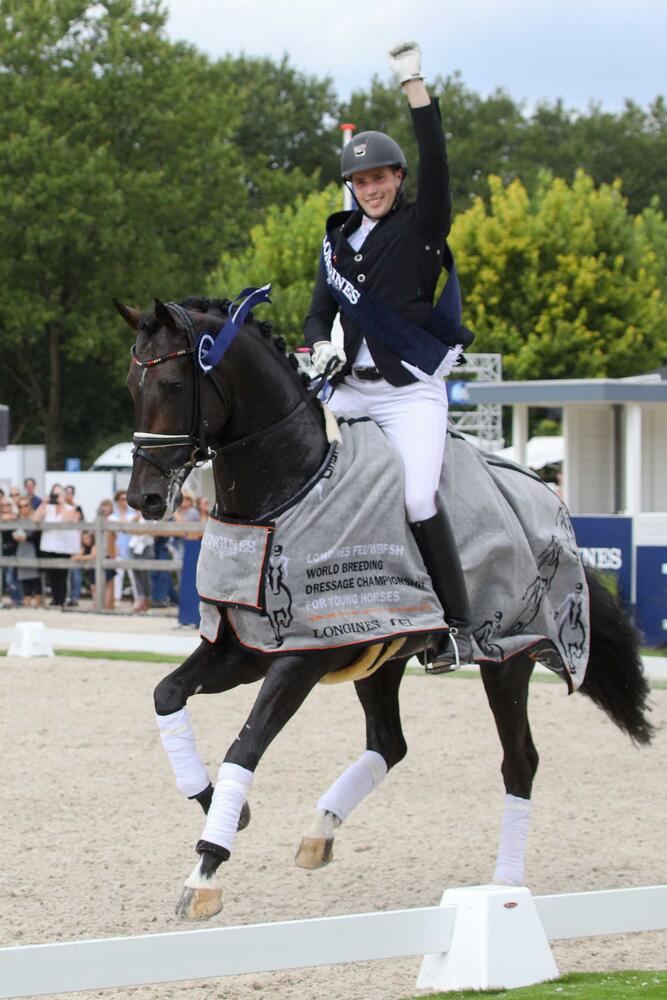 The incumbent world champion and Bundeschampion 2018 Zucchero OLD, born 2013, by Zonik out of Performance by Prince Thatch xx - Donnerhall, bred by Hans-Heinrich Brüning, Bruchhausen-Vilsen, ownded by Star Horses, is no longer alive. The stallion succumbed to colic.

Zucchero OLD had a storybook career. With four years the black-brown stallion won the Oldenburg State Championships in Rastede under his trainer Frederic Wandres. In 2018, the couple represented the German colors for the first time at the World Championship for Young Dressage Horses in Ermlo and placed fourth among the five-year-olds. Just a month later, Zucchero OLD and Frederic Wandres won and they secured the title of the Bundeschampion. Last year the couple started again at the World Championship for Young Dressage Horses, where after an exciting final they were able to secure the title of world champion within the six-year-old dressage horses. With Zucchero OLD, the Oldenburg breed loses a world class champion.

Champion rider Frederic Wandres wrote on his Facebook page: “He was my best. In many ways - my best horse partner and best friend. I remember many, if not all, of the moments we had together. From the first ride three years old, until the first time on double bridle. I have never had a horse like this, the more difficult it is for me to go on without it. The special memories are the only thing that remains for us - forever! Thanks to everyone who contributed to making our time together special in a way and gave everything until the end. ".