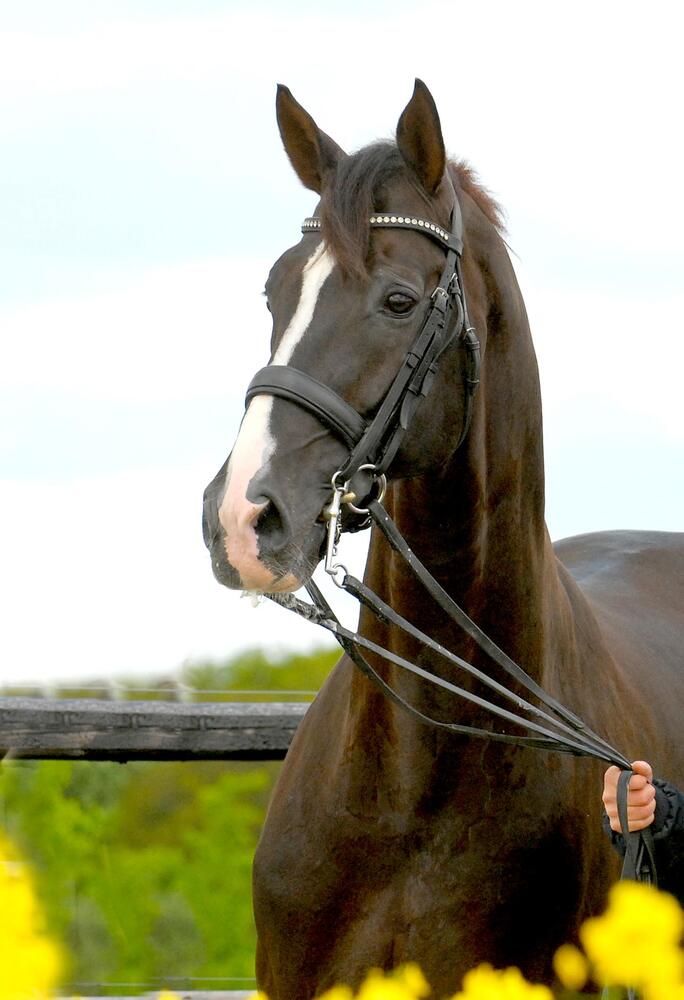 The Oldenburg dark chestnut Don Schufro, born 1993, by Donnerhall out of Fiesta by Pik Bube I - Unkenruf/Trak., bred by Martin Meier, Huesby, and owned by Blue Hors Aps, Denmark, is no longer living. Don Schufro died at the Danish stud Blue Hors at the age of 27.

The exceptional stallion from the famous Finnländerin family made history both in sport and in breeding. Under Andreas Helgstrand, Don Schufro won the title of Danish Champion in 2008. In the same year they secured the bronze medal for the Danish team at the Olympic Games in Hong Kong. His best-known offspring is the Oldenburg Champion Mare Weihegold OLD, who won numerous medals at championships for Germany under Isabell Werth. The 2007 Champion Mare, the recently deceased Rebelle, was also a daughter of Don Schufro.

The stud Blue Hors wrote on Instagram: "Don Schufro was loved by all of us and he will live on in our hearts and through his offspring around the world."

Photo: The son of the famous Donnerhall: Don Schufro. (Beelitz)