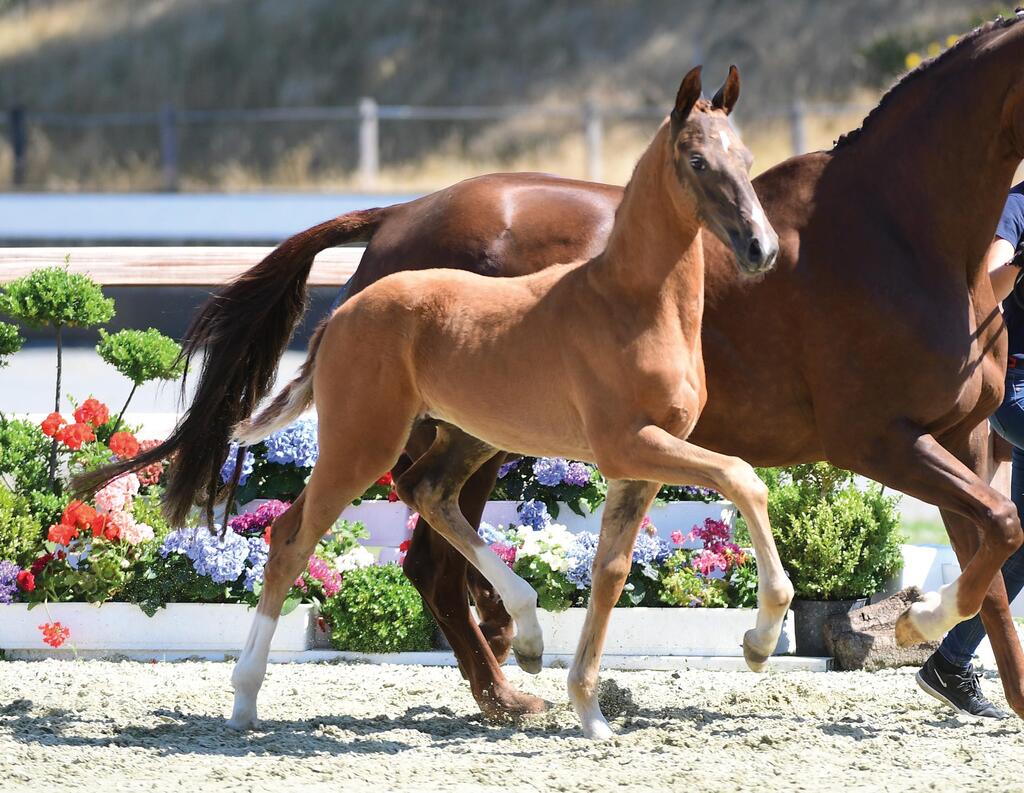 “Winning gold with the team was amazing, but then winning the two individual gold medals – that was unbelievable. Right now I’m over the moon, especially because I have with Der Erbe such a terrific horse”, says Jana Schrödter about her meteoric rise at the European Championship in San Giovanni, Italy with her champion horse Der Erbe. The gelding started his career as a foal in the Elite Foal Auction at the Oldenburg Horse Center Vechta.

The next Elite Foal Auction on Saturday, 31 August kicks off with No. 1, Vittorio Rossi by Vitalis - Samarant - Rubinstein I, from the Große Liebe dam line and a close relative of Der Erbe. Vittorio Rossi’s dam Symphonie is also dam to the top-priced Vivat Rex and Sevilla, both by Vivaldi. Also from this line are the international Grand Prix champions Jaybee Alabaster by Alabaster with Hayley Beresford and Pikko del Cerro by Pik L under Lisa Wilcox as well as the winner of his Oldenburg saddle licensing, Boreas by Bordeaux.

Last but not least, we have another insider tip with world-champion coronation: No. 2, Secret Emperor by Secret - Fürst Romancier - De Niro, is a shining athlete from the Elfenblume dam line. This famous dam line has produced Matthias Alexander Rath’s silver medallist from the 2014 Nürnberger Burg-Pokal Danönchen OLD by Danone I, the legendary sire Depardieu and Elfentanz, winner of team gold and individual silver at the Central American and Caribbean Games under Monica Burssens from Mexico.

The collection of the 18th Elite Foal Auction boasts an exquisite selection of premium-class elite foals with the offspring of legendary sires like Bonds, For Romance I, Jovian, Sandro Hit and Zackerey.

Click here to be taken directly to the 18th Elite Foal Auction. 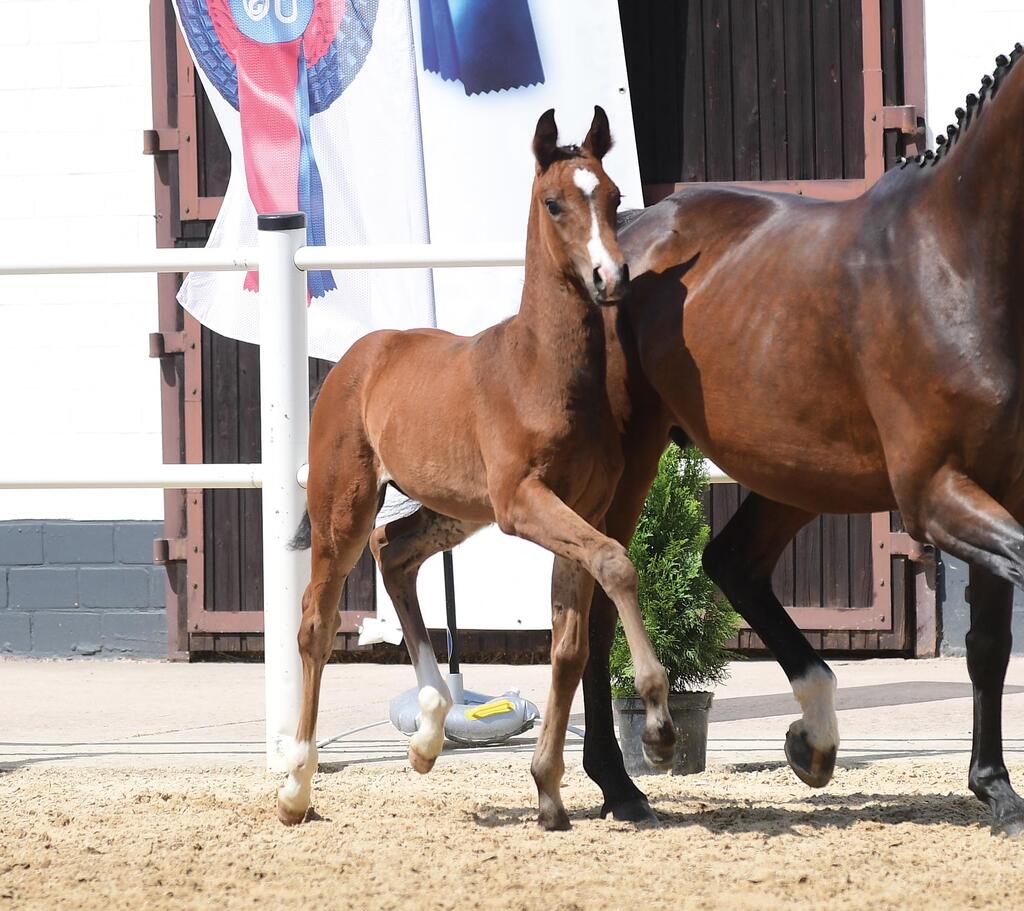 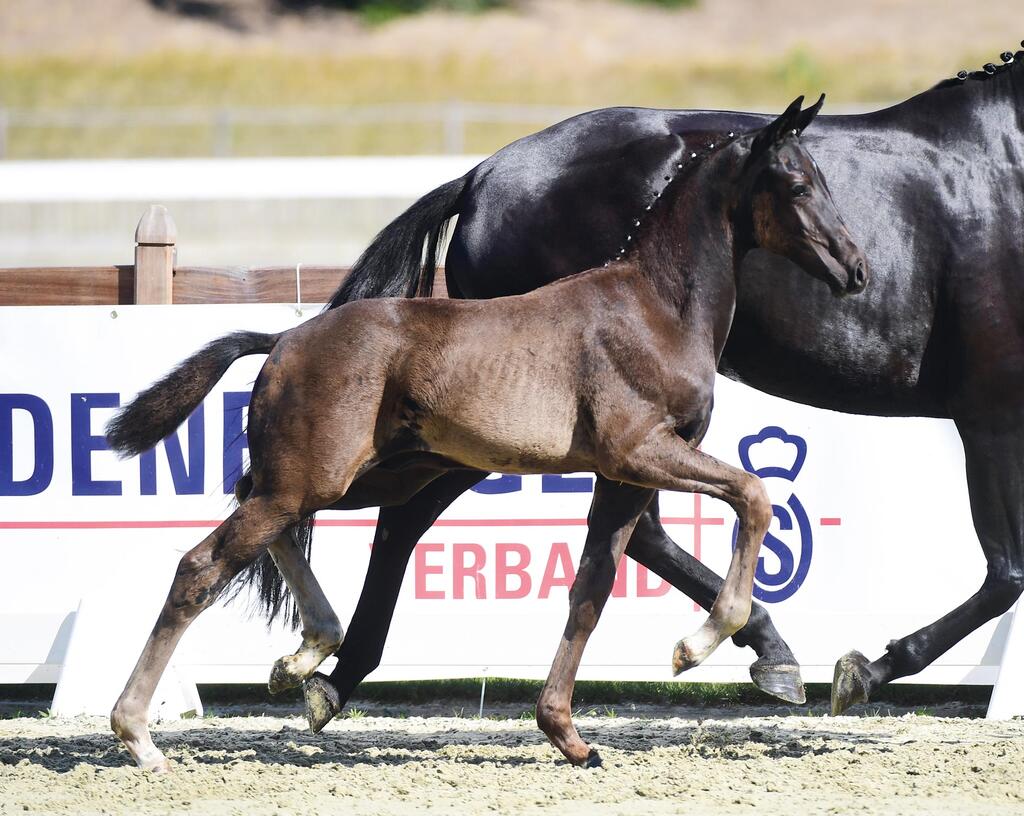