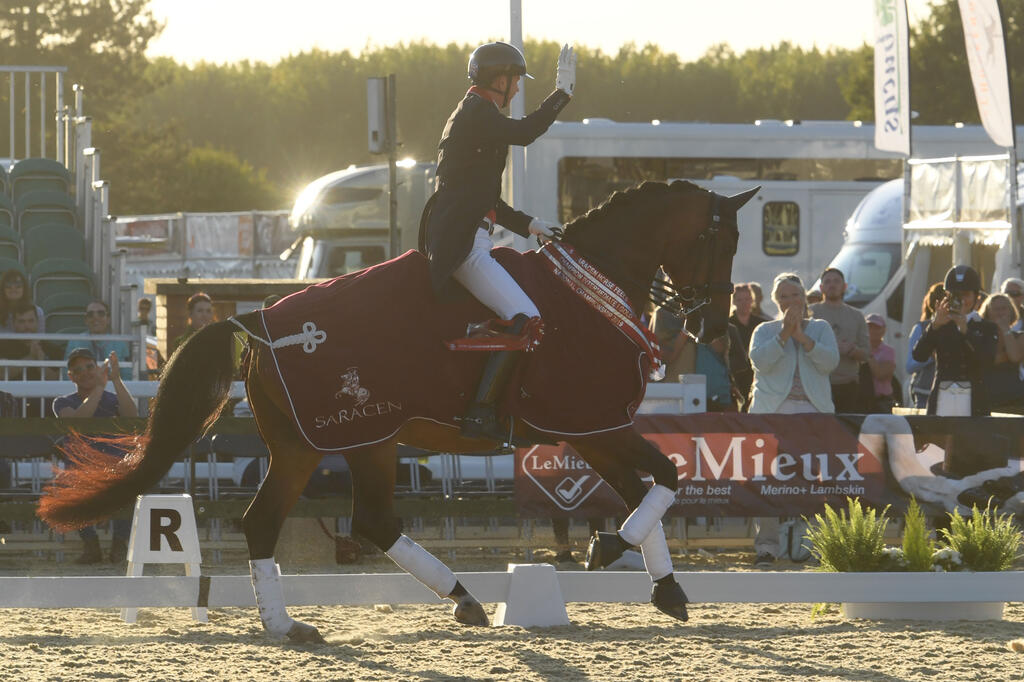 The Oldenburger Sintano van Hof Olympia and Gareth Hughes shined at the British Dressage Championships in Stoneleigh as well as Kristjan under the saddle from Lara Butler.

Royal Concert, born 2003, by Royal Diamond out of Ricona by Continue, bred by Hermann Stamereilers, Wardenburg, Germany, and owned by H. Black, M. Eilberg, P. Pollard, Great Britain, placed fifth in an Intermediaire II and fourth in a Grand Prix Freestyle under Maria Eilberg. Royal Concert started his career 2006 at the Fall Elite Auction in Vechta.

Sintano van Hof Olympia, born 2010, by Sandro Hit out of P.Siltana van Hof Olympia by Silvano - Calypso II, bred by Hof Olympia, Netherlands, and owned by Gareth Hughes and Judy Firmston Williams, Great Britain, and Gareth Hughes impressively won the Intermediaire I at the British Dressage Championship at Stoneleigh. “Today he felt like a Grand Prix horse in there. He has all the talent but now just needs the patience. He’s quite like Classic Briolinca to ride; the harder you work them, the more they love it but they’re super sensitive. I’m thrilled for his owner Judy who bought him as a six year old, we’re so excited by him. The Grand Prix will really suit him as it’ll close him up more but for now it’s a case of building confidence, strength and security." One day before the couple placed second in the Prix St. Georges. Mother P.Siltana van Hof Olympia also brought the licensed stallion Santano by Sandro Hit.