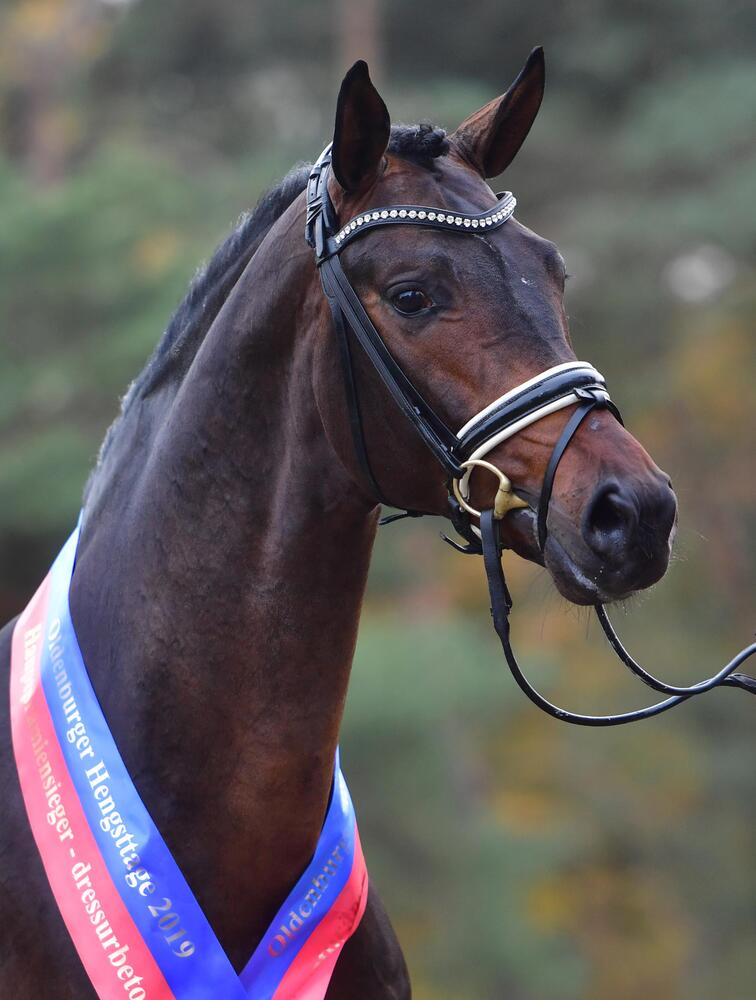 Two newcomers, Follow Him’s Schönweide and Armison, shined as the celebrated Oldenburg main premium winners. When deciding which stallion is to receive a main premium, not only the stallion’s achievements in sport but also the result of his performance test and, even more important, the quality of his first foal crop, are deciding factors.

The celebrated main premium winner of the Verband der Züchter des Oldenburger Pferdes (OL) was Follow Him's Schönweide, born 2015, by Follow Me out of Bellissima PJF by Sir Donnerhall I - Rohdiamant - De Niro, bred by Jürgen Fetzer, Zimmern, and owned by Adrian Gasser, Grebin. The dark brown was 2017 premium stallion at the Oldenburg licensing. Last year, the stallion completed his 14-day test with a final dressage score of 8.38, receiving 9.0 in each for the interior, character, motivation, rideability and third-party rider. He recently completed his 50-day test with an overall score of 8.51, earning a 9.0 for his walk. Follow Him's Schönweide was already successful in dressage tests for young horses under Pascal Kandziora.

The silver medal went to Fürst Toto, born 2015, by Fürstenball out of Thery by Totilas - Londonderry - Sandro Hit, bred and owned by Gestüt Lewitz, Steinfeld. The stallion was licensed in 2017. Last year, the dark brown completed his 50-day-test with a final score of 8.46, receiving a 9.0 each for his interior, character, motivation and walk.

With bronze awared was La Vie, born 2015, by Livaldon out of Sarafina by Scolari - Wolkenstein II - Ritual, bred by Heinz Gerdes, Hude, and owned by Dressurpferde Leistungszentrum Lodbergen. At the beginning of the year, La Vie completed his sports test and finished with a final score of 8.24. Under Therese Nilshagen the chestnut stallion was already victorious in dressage tests for young horses at class A.

The victory in the main premium of the Springpferdezuchtverband Oldenburg-International (OS) went to Armison, born 2014, by Armitage out of Just Me D by Cicero Z - Skippy II - Feo, bred by Pierre van der Linden, Belgium, and owned by Henrik Klatte, Klein Roscharden. The stallion was licensed in 2016 in Vechta. The chestnut stallion finished its 14-day-test in 2017 with a jumping final score of 9.28. Last year, Armison got a final score of 8.08 for the first part of his sports test, and this year he got an 8.73 for the second part, with a score of 9.2 for his jumping ability. Armison was this year several times successful in show jumping medium classes under Sebastian Elias.

Photo above: The main premium in the dressage sector went to Follow Him's Schönweide by Follow Me. (gr. Feldhaus)

Photo below: The victory at the main premium of the Springpferdezuchtverband Oldenburg-International (OS) went to Armison by Armitage (gr. Feldhaus) 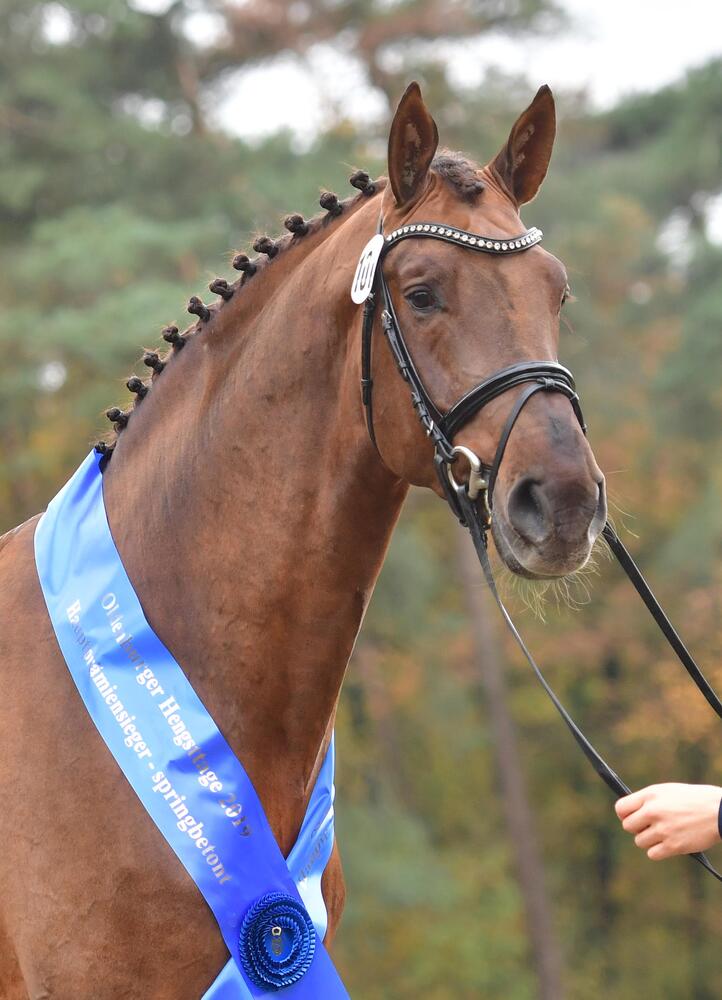