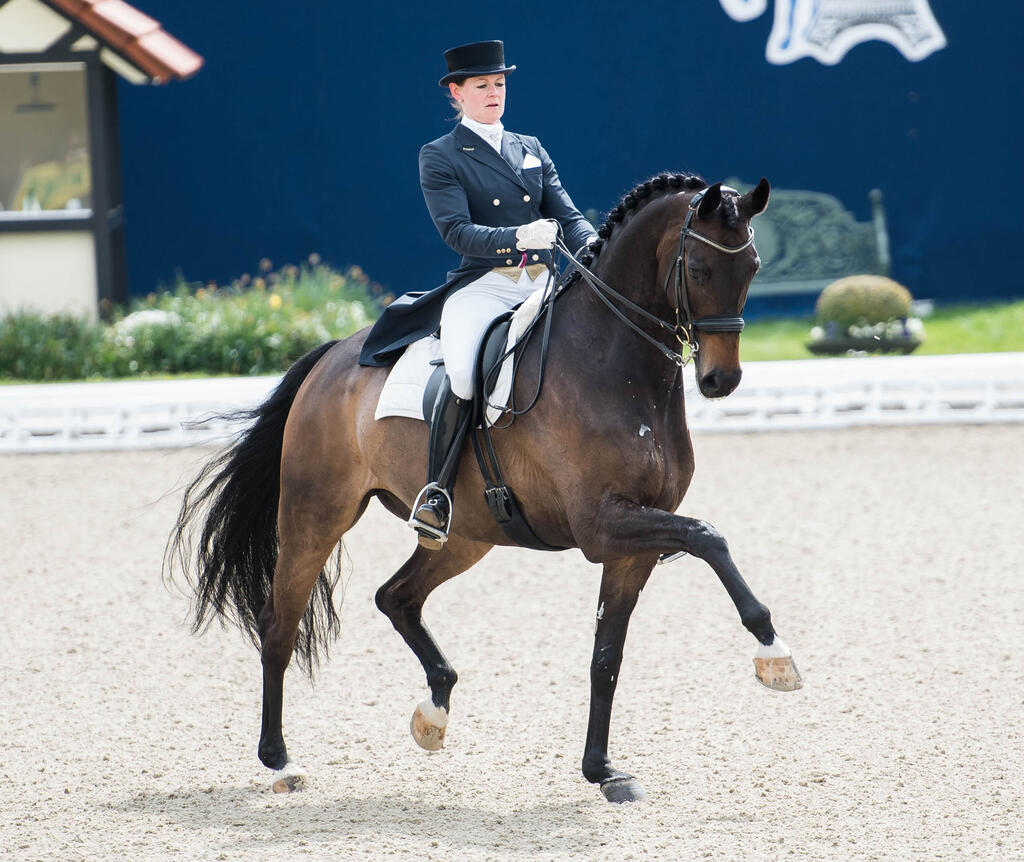 Oldenburg Inside: The Model Pupil

From Denmark to the world of international dressage: Senta Kirchhoff and her Oldenburg horse L'Arbuste OLD are taking international arenas by storm, having already qualified in Hagen for the finale of the Louisdor Prize in the Frankfurter Festhalle.

L'Arbuste OLD was born on the farm of Oldenburg dressage horse breeder Morten Plenborg in Denmark, our neighbour to the north. “I’m very proud of L'Arbuste’s win. This is a great success story for me, and for my breeding of Oldenburgs ,” says Denmark-based breeder Morten Plenborg. “I watched it live over the Internet, and was delighted to see L'Arbuste and his rider Senta Kirchhoff working together in such perfect harmony.” “I chose the stallion Skovens Rafael for my mare because he had a great uphill canter, a beautiful head and neck and was a perfect match for L’Arbuste's dam.” Skovens Rafael’s owners, Per and Lotte Skaerbaek, soon noticed the beautiful black-brown foal, and ultimately secured their stallion’s highly talented offspring to rear and train him themselves.

The four-year-old gelding’s discovery by dressage trainer Senta Kirchhoff and her partner Henri Ruoste happened rather more by chance. “We were at Per and Lotte Skaerbaek's farm to try out a horse. L'Arbuste was being worked in the indoor area, and naturally he caught my eye because he was quite talented. The gelding was leaving the arena when Henri told me that he had just bought it. Although we hadn't even tried him out, he was convinced that this was the right horse for me,” says Kirchhoff, pleased with her partner's keen intuition.

A gentle giant with airs and graces

Kirchhoff, 32, almost immediately fell in love with her “Mini” when as he arrived at Gut Bertingloh, not far from the town of Menden in the Sauerland region. “L'Arbuste is always in good spirits, is a total cuddle bear and just a sweetheart to work with. But he also demands a lot of attention and already has his airs and graces. If he isn't the first one to be greeted or worked with, he’ll go nuts, rearing and bucking in the stall until he gets the attention he wants,” says Kirchhoff. Her young hopeful will also only get moving for a rider if he’s given a piece of sugar. The elegant black-brown gelding nevertheless succeeded in bringing his rider around to his side, even during daily work under the saddle. "Mini enjoyed a very good education in Denmark, which I was able to continue seamlessly. He was not a typical candidate for young horse competitions due to his movements, but he showed a clear talent for more difficult tasks, so we decided to keep him out of tournaments in the beginning.” L'Arbuste OLD got his first taste of competition at the age of six, immediately winning a medium level test for young dressage horses.

Kirchhoff, a native of Iserlohn, has been known to take her highly motivated, leggy gelding to the racetrack to bring some variety to his training. These days, however, she is working less on his learning the required test skills and more on his responsiveness. “He has an innate talent that makes learning almost effortless for him. He also has the perfect aptitude for equestrian sport. In addition to his daily work, which he loves, he has a terrific memory – and not just about where the carrots are kept," says Kirchhoff, who also has a nine-month-old son. Not surprising, then, that the gelding took silver at his first advanced level dressage test in Riesenbeck, in 2017. This was followed by participation in the World Championships for Young Dressage Horses in Ermelo, Netherlands, where the pair finished fifth in the introductory competition and sixth in the final – the highlight of the year.

“L'Arbuste is very motivated, not to say hot, so it is absolutely essential that he’s turned out to pasture first thing in the morning if the weather is good, or to the paddock if the weather is bad. He is worked in the early afternoons after his lunch, and after a rest in the stable he can stretch his legs while grazing or going for a walk,” says Kirchhoff, who took competed in dressage at German Youth Championships and was also an active pony eventing rider.

In 2018, after Senta Kirchhoff returned from her baby break, this “dream team” happily took fifth place in an Intermediaire II and first in a short Grand Prix in Ankum. The following year also got off to an auspicious start when they won the Intermediaire II in Leudelange, Luxembourg. The pair also triumphed in Intermediaire II as well as in dressage class S*** in Hagen, qualifying for the finals of the Louisdor Prize. L’Arbuste OLD shone, not only in his movements, but also with his magnificent responsiveness and harmonious transitions, and his brilliant performance actually moved Kirchhoff to tears. “I knew I had a top horse, and I'm just incredibly proud of the way he presented himself. I originally wanted us to qualify for the Louisdor final in Munich, but that’s no longer necessary, so now we’ll get Mini ready for the long Grand Prix and hope that we can achieve a great result in the Louisdor finals at the end of the year.” 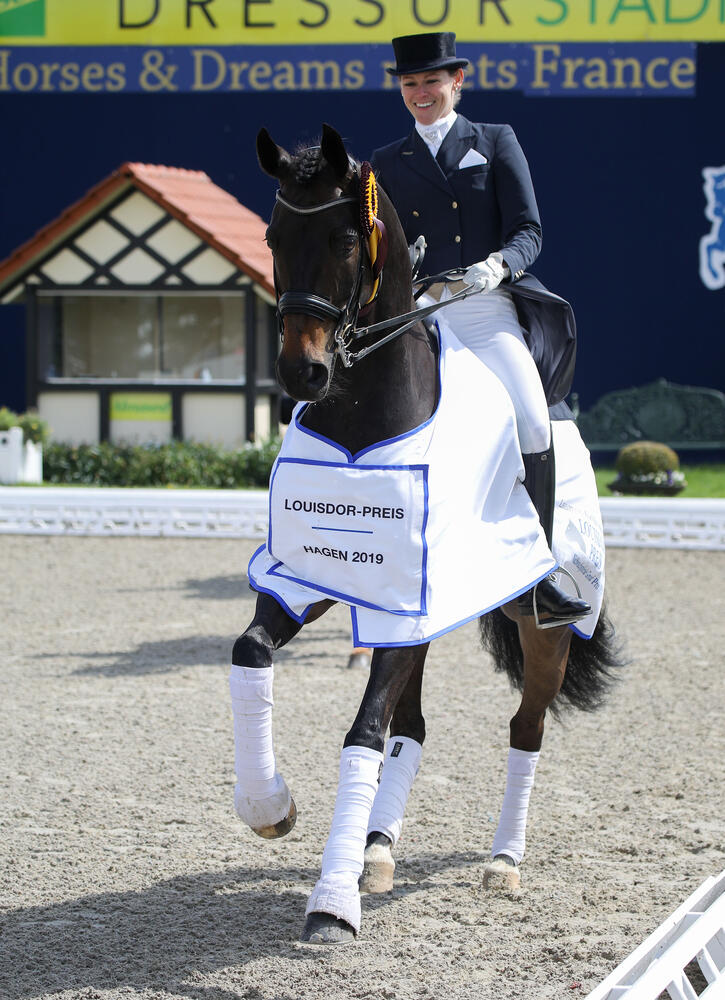