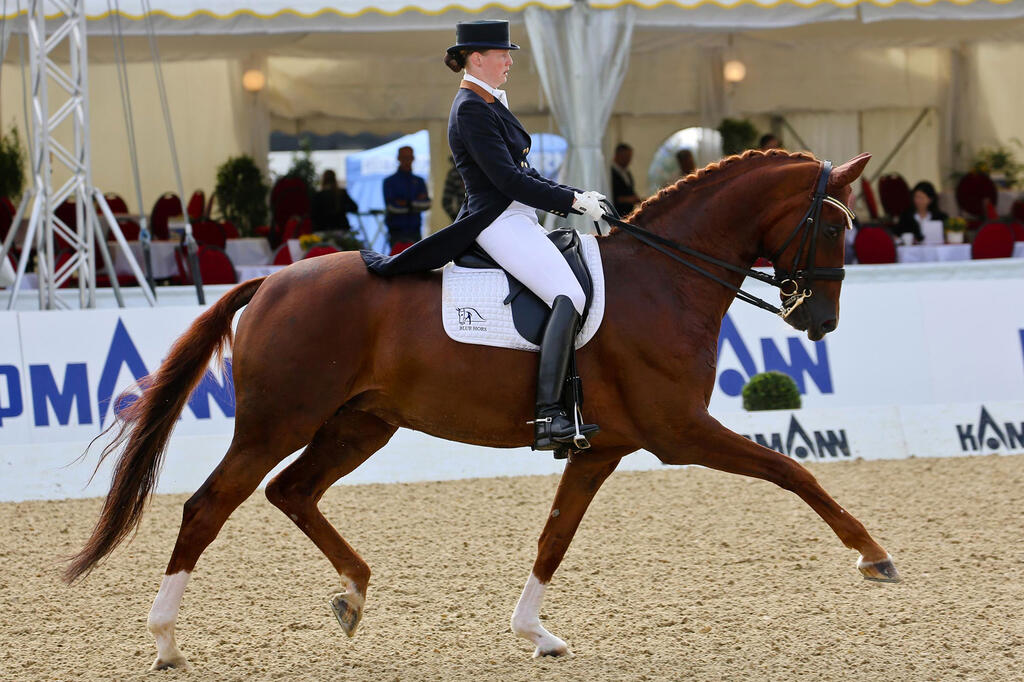 Oldenburg's brilliant champion mare from 2007, Rebelle, born 2004, by Don Schufro out of Renomeé by Regazzoni - Donnerhall, bred and owned by Blue Hors Aps, Denmark, does not live anymore. With the chestnut mare the stud Blue Hors loses an important figurehead.

A few days ago, the mare died at the age of 15 years. Rebelle comes from the bred of the Danish stud Blue Hors. In 2007, Rebelle shined as a celebrated champion mare in the Schlosspark of Rastede and since then put on a storybook career. In 2010 Rebelle took fourth place at the World Championships for Young Dressage Horses under the Dane Maria Anita Andersen. In the following years, the couple gained numerous successes until Prix St. Georges. After the successful sports career Rebelle switched to breeding and gave the Oldenburg promising young hopes. The Oldenburg stallion Denoix PCH OLD by Destano under Hubertus Schmidt comes from the same dam line, as well as the top sire Pik Bube. The Oldenburg breed loses a brilliant Siergerstute, but lives on in her offspring.