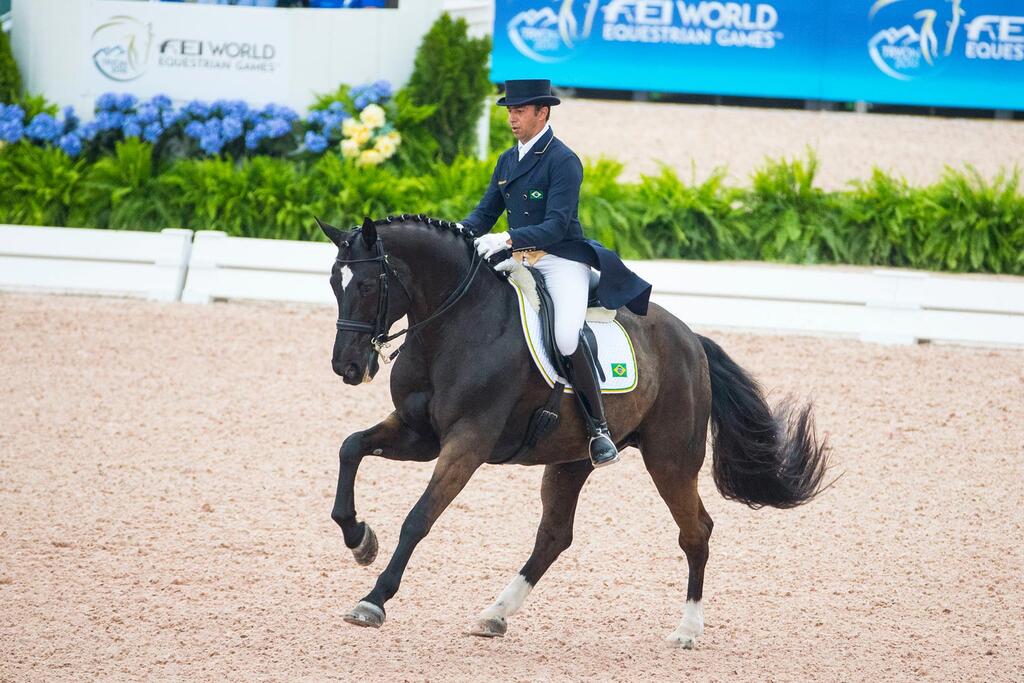 Gold, Silver and Bronze at the Pan American Games

Dicaprio, born 2002, by De Niro out of Weidenkätzchen by Canaster I - Caprimond/Trak., bred by Hergen Schweers, Butjadingen, Germany, and owned by Ricardo & Patricia Viella Marino, Brazil, won the Bronze medal with the Brazilian team under Leandro Aparecido da Silva. In the Grand Prix they placed fourth, in the Grand Prix Special they took fifth place and in the Grand Prix Freestyle they won bronze.

Laurencio, born 2007, by Laurentio out of Pasadena by Donnerhall, bred by Petra and Hans-Christian Grupe, Bad Zwischenahn, Germany, and owned by Tina Irwin, Canada, won Team Gold and Individual Silver at the Pan American Games with his owner. After the Team Gold Irwin added: “The whole team gave it our all today. Yesterday it was close behind the Americans, and today we were on our “A” game!” After the Individual Final Irwin joked “I was super happy with my ride until the very last centreline, where my horse decided to give a preview of Tokyo and did a bunch of one-tempis.” Laurencio and Tina Irwin placed second in the Prix St. Georges, the Intermediaire I and the Intermediaire I Freestyle.

Senorita, born 2010, by Sandro Hit out of Wolkenzauber by Wolkentanz II - Donnerhall, bred by Lüder Lepenies, Deinste, Germany, and owned by Scott Redwantz, USA, took ninth place in the Intermediaire I and place ten in the Prix St. Georges and Intermediaire I Freestyle under Raul Corchuelo from Colombia. Senorita was discovered at the Fall Elite Auction 2015 in Vechta.